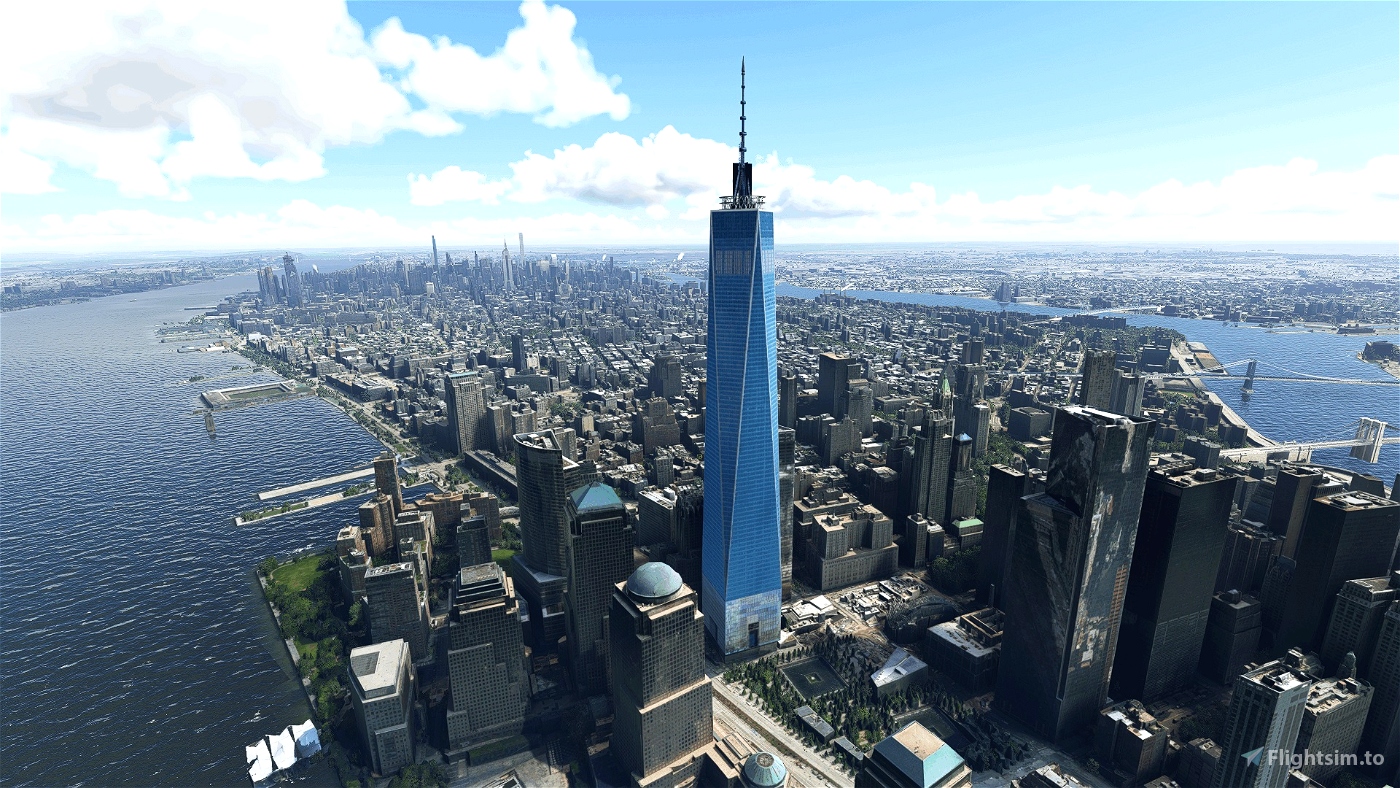 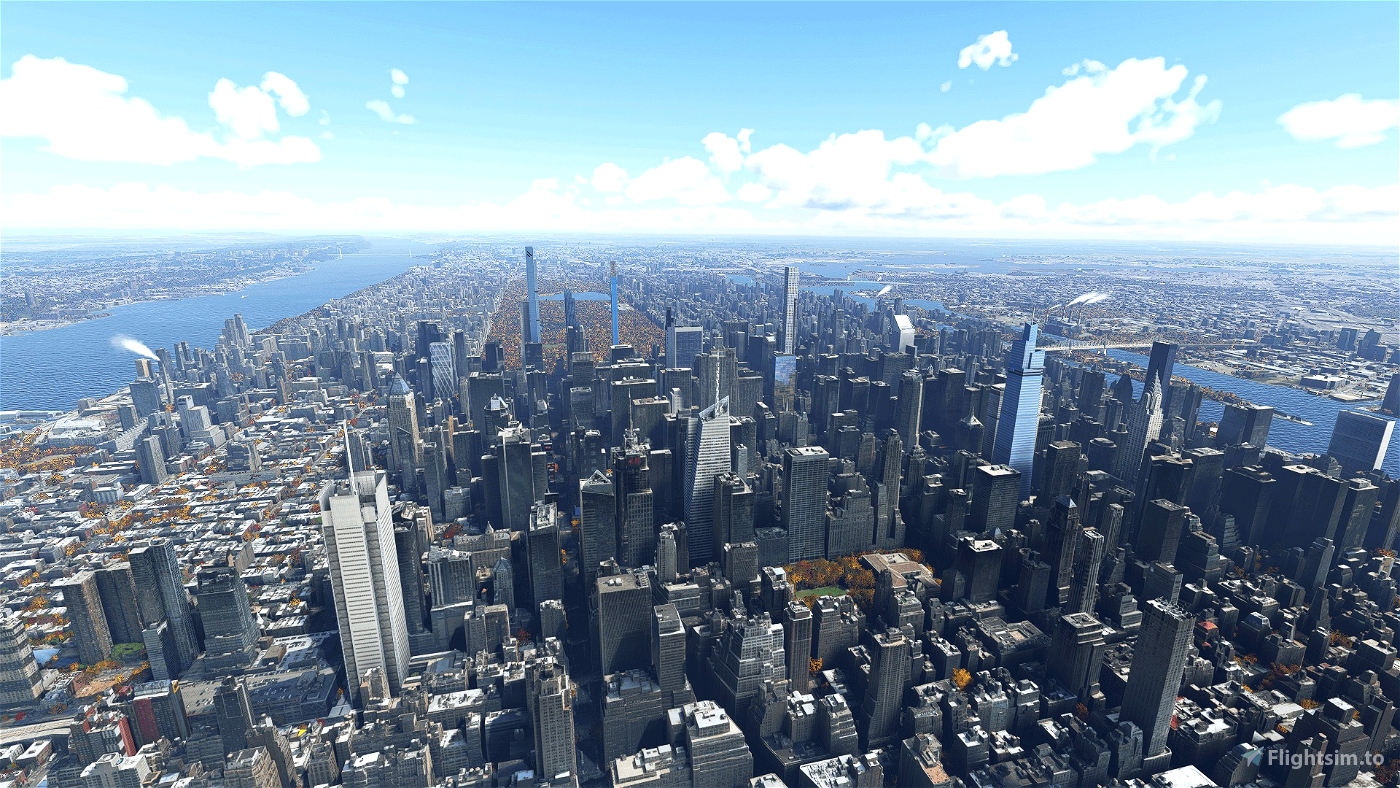 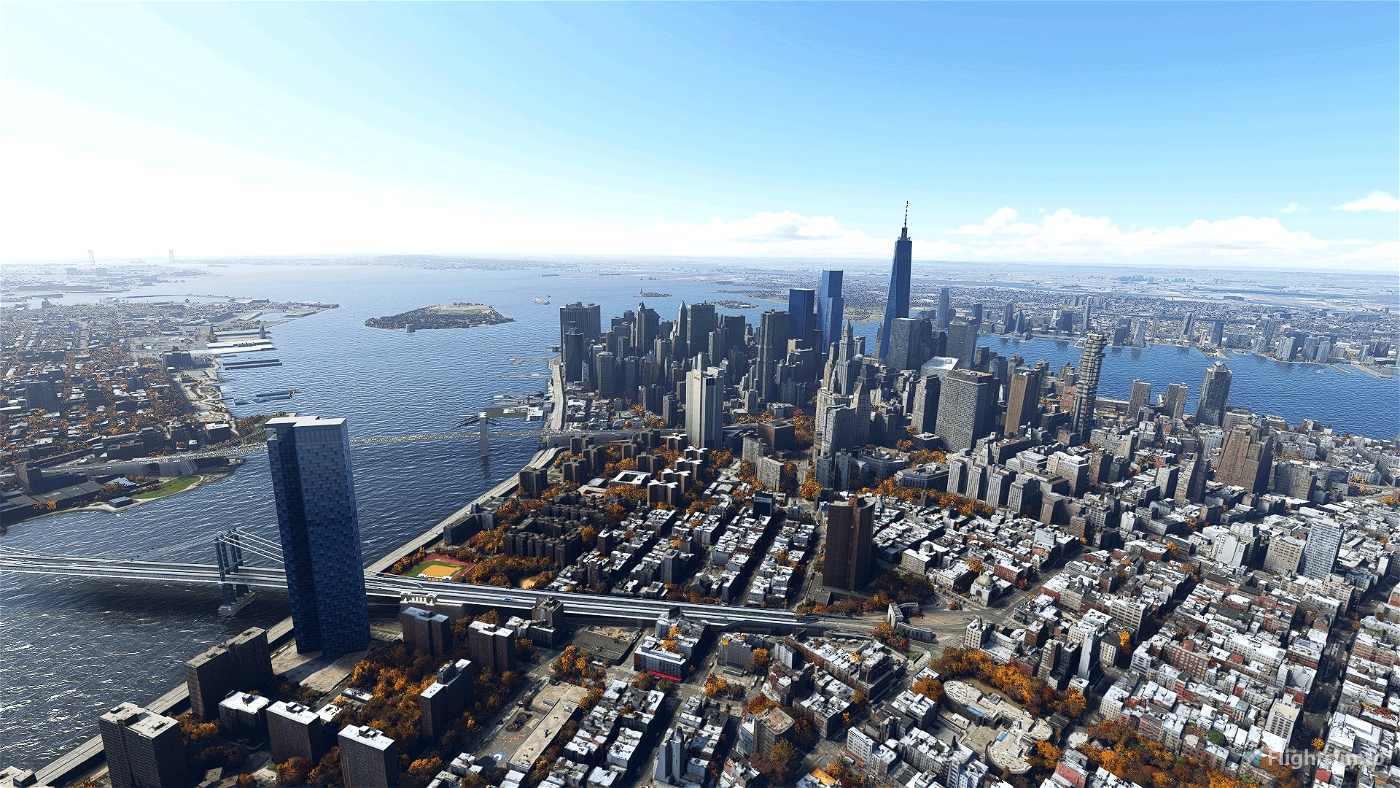 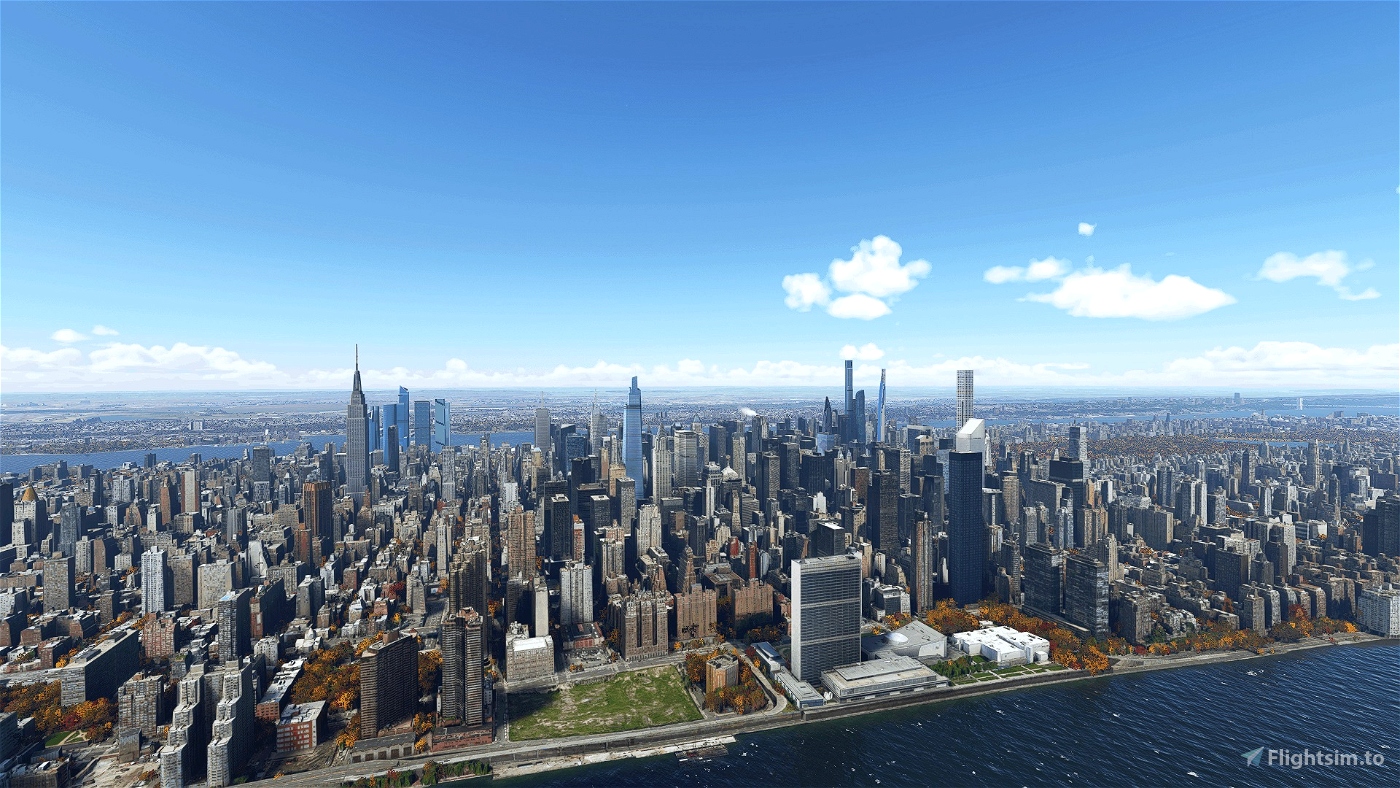 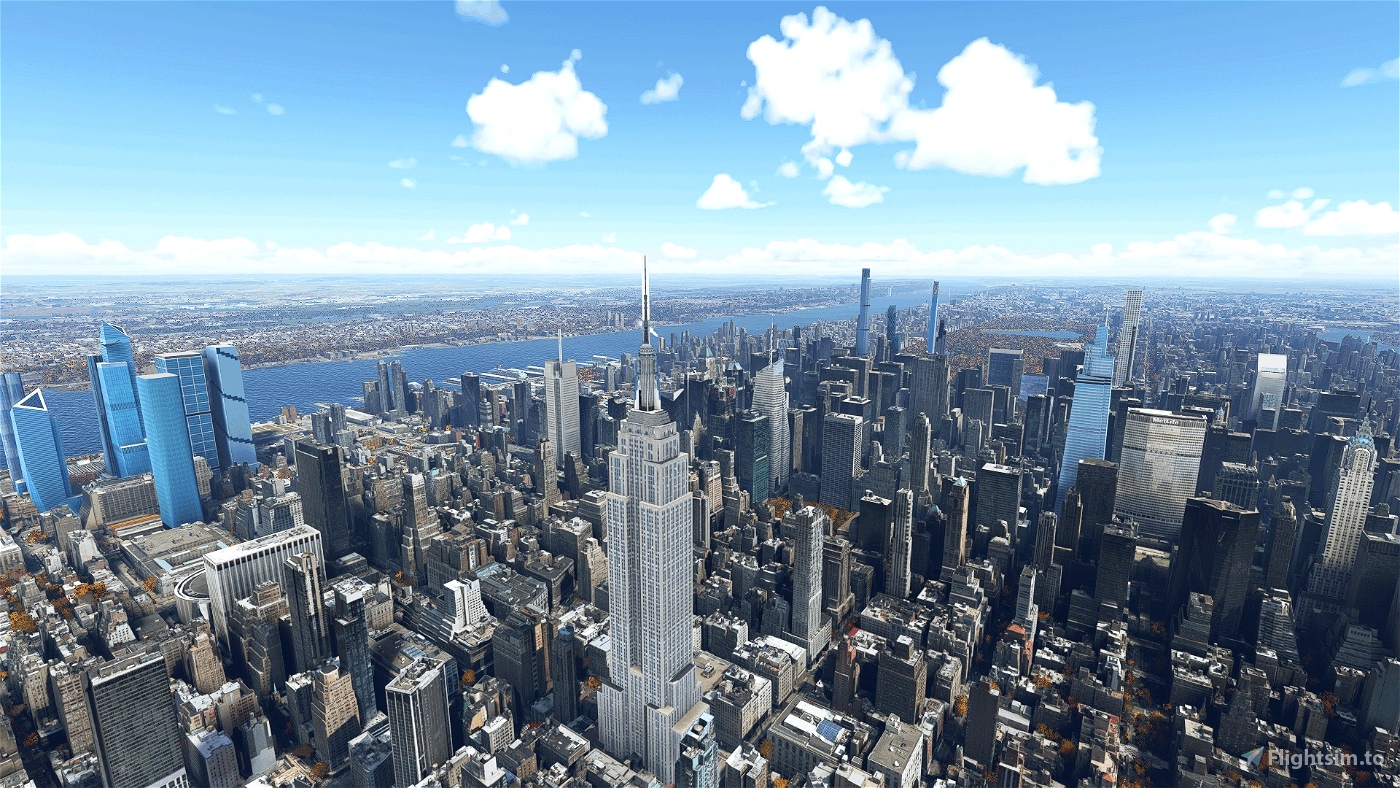 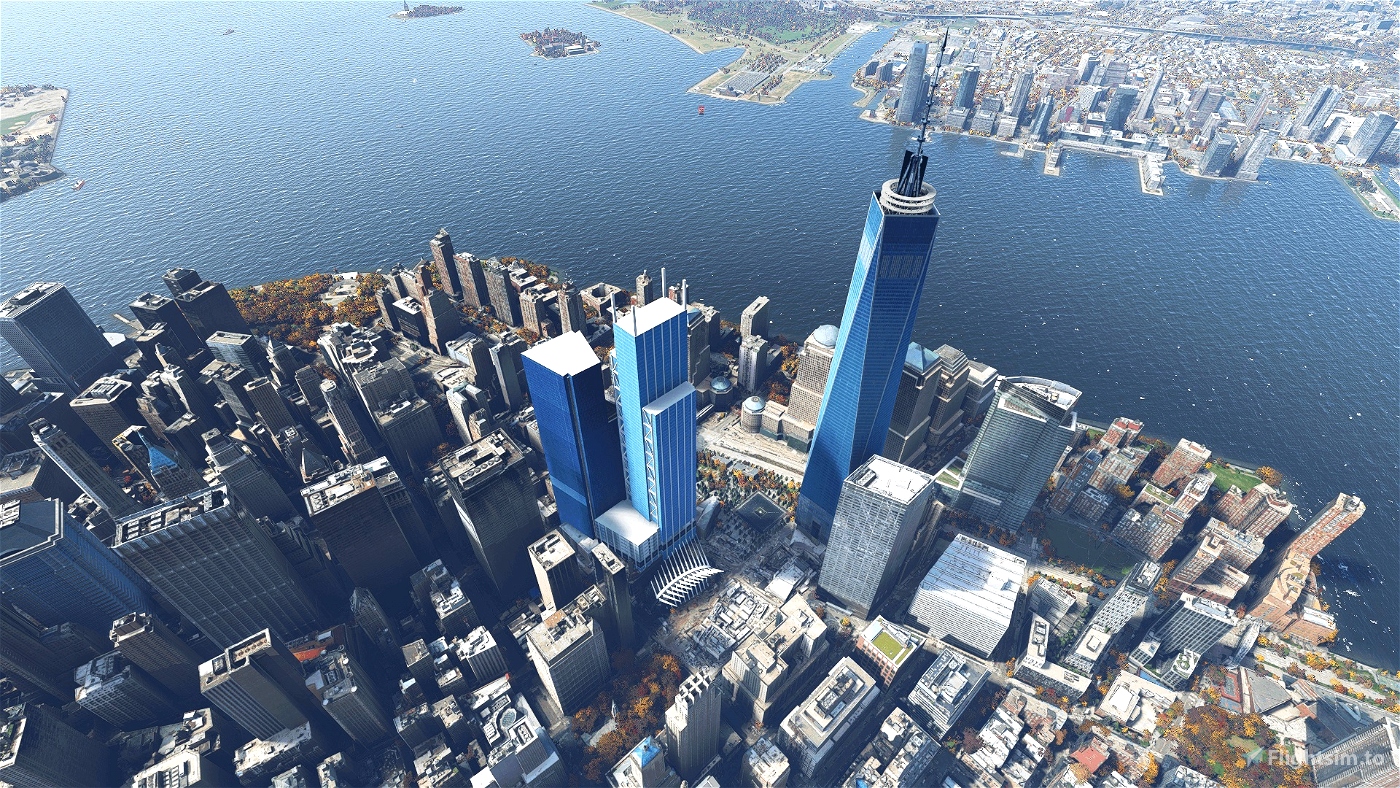 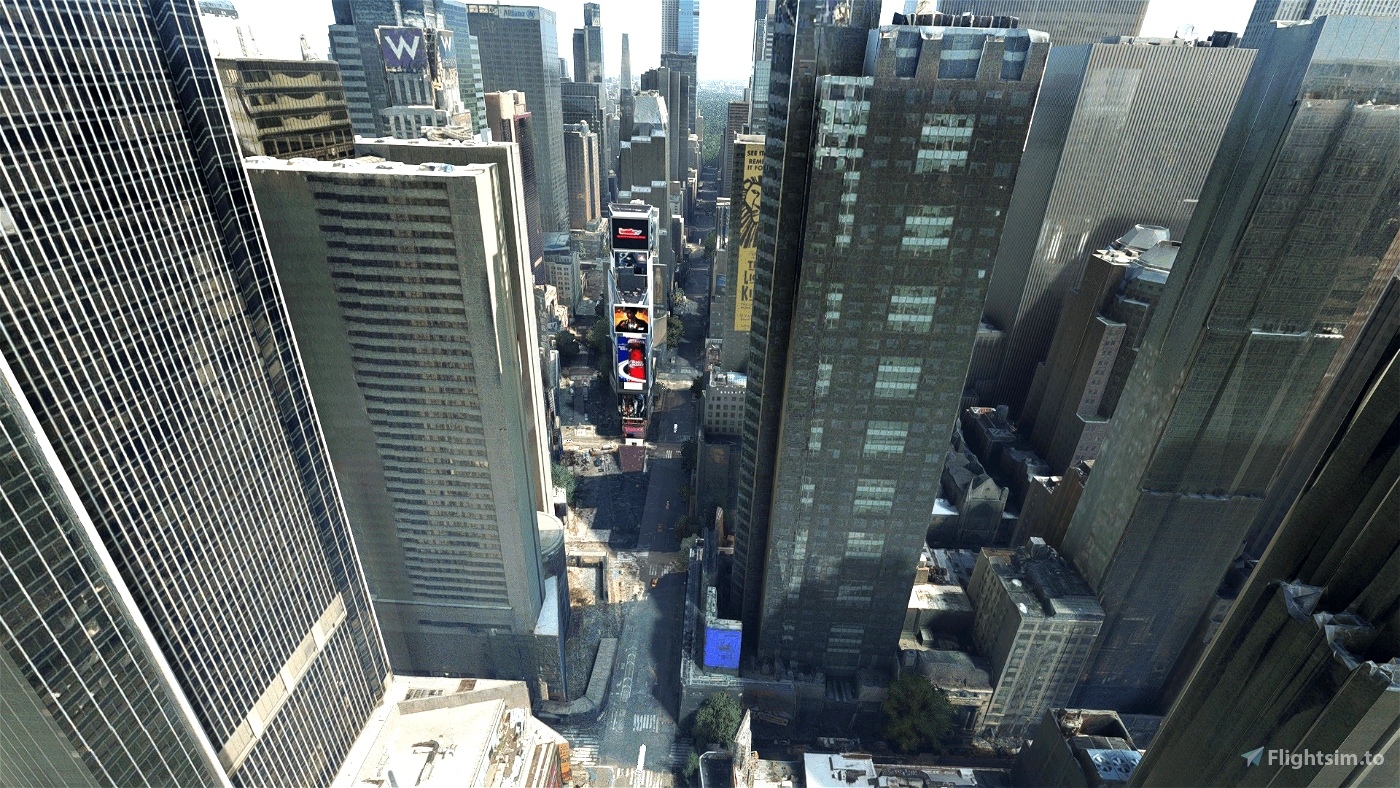 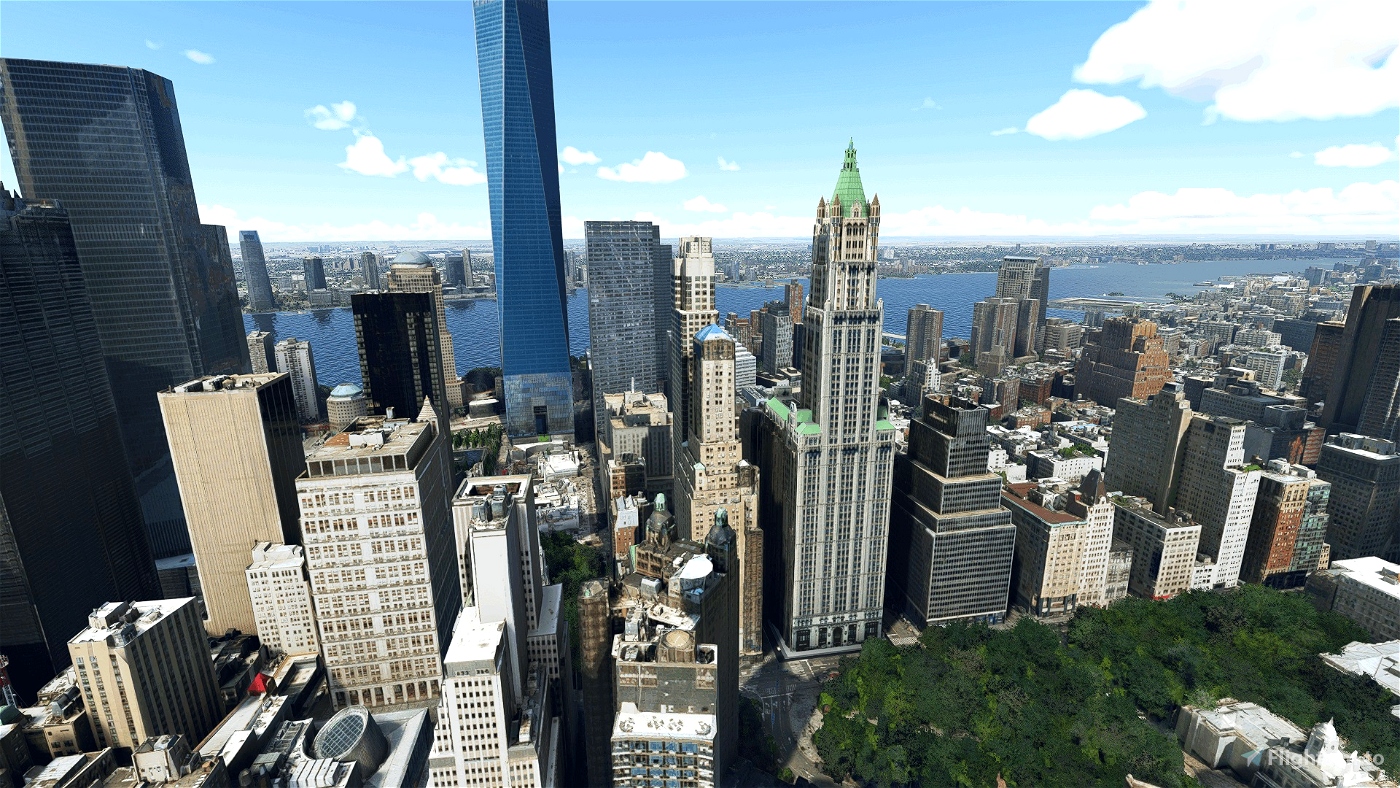 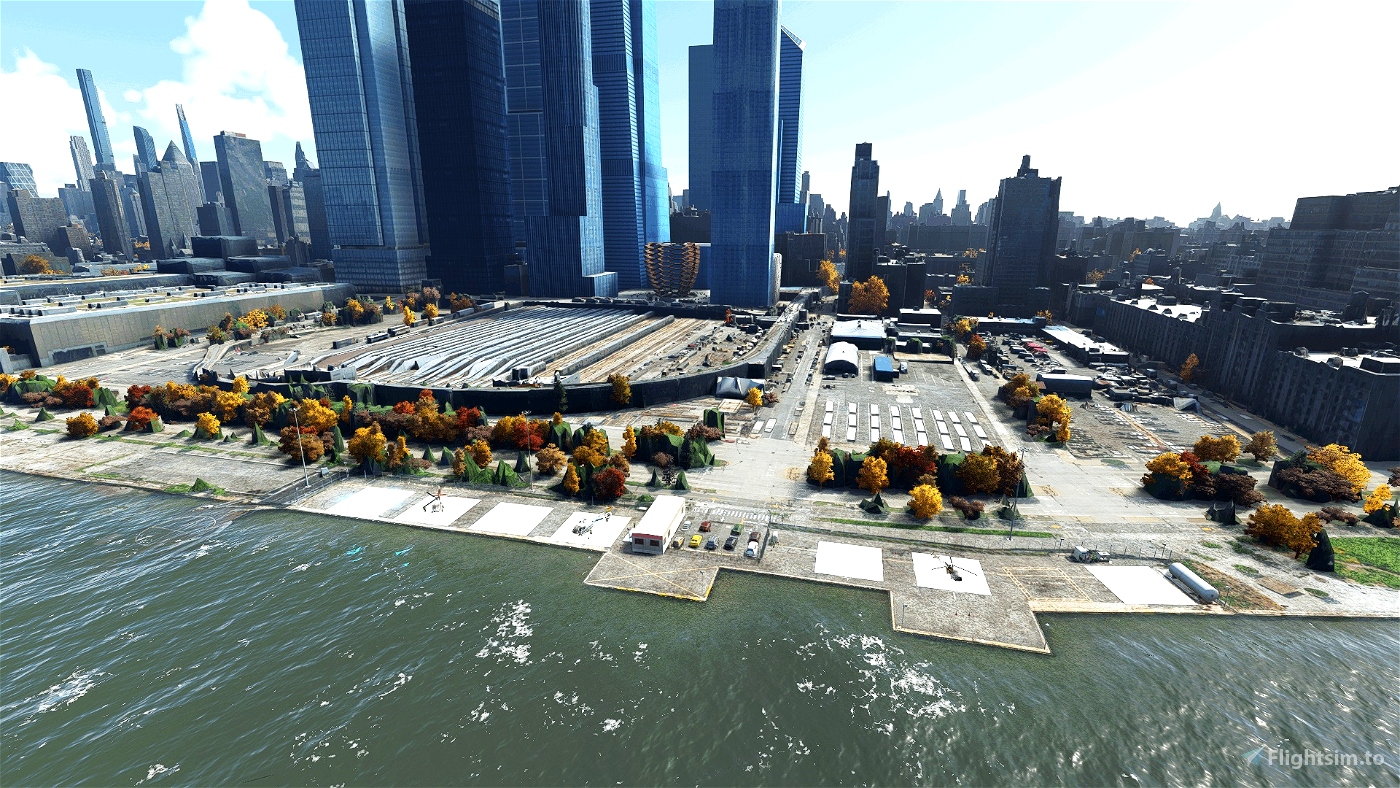 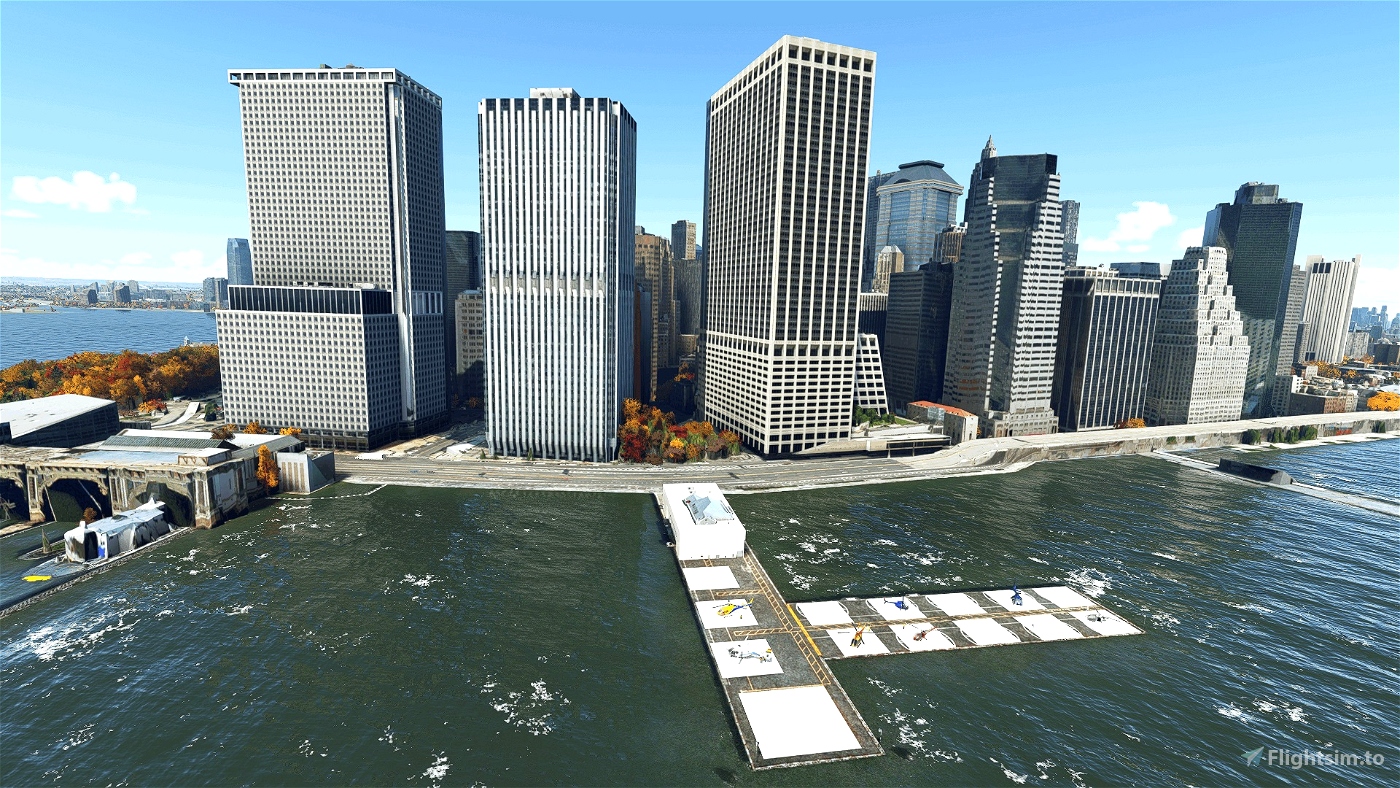 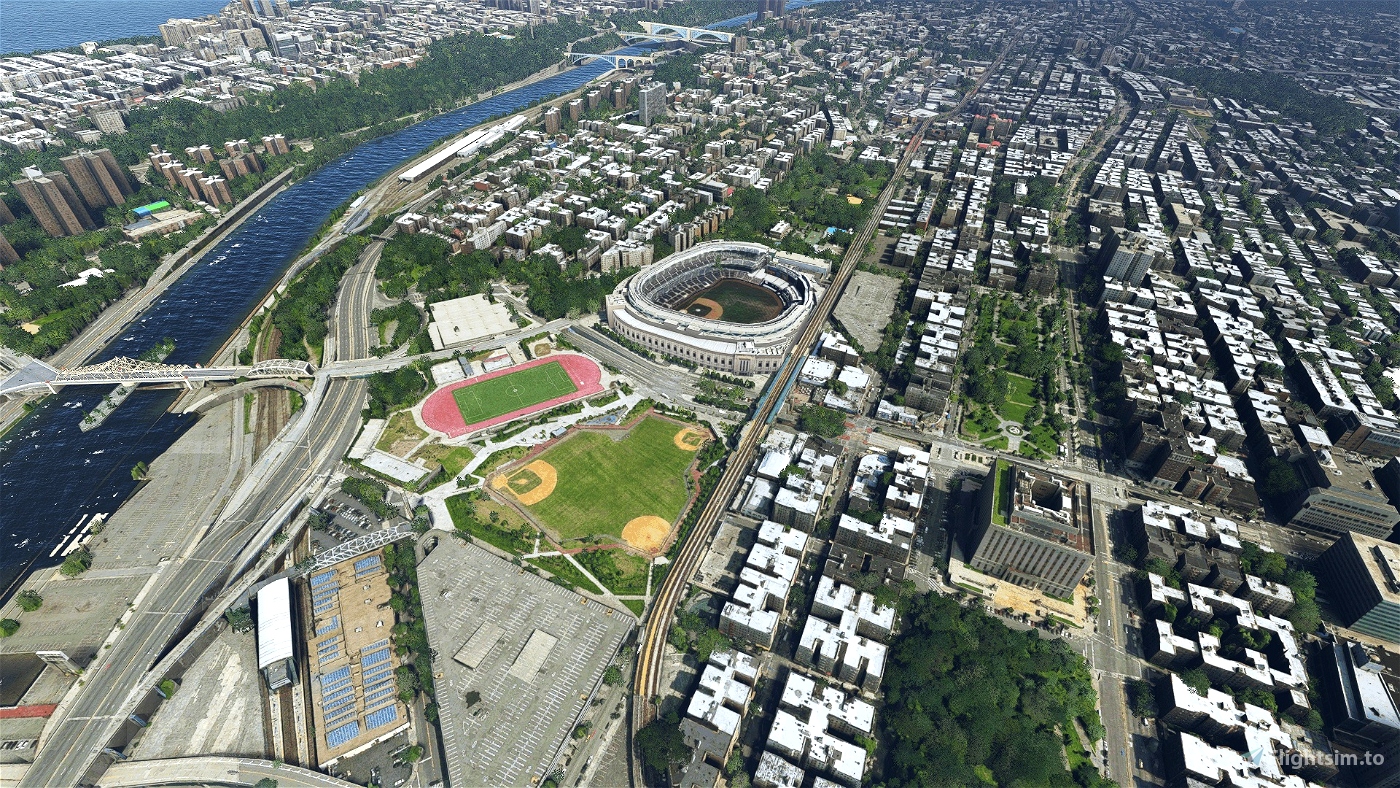 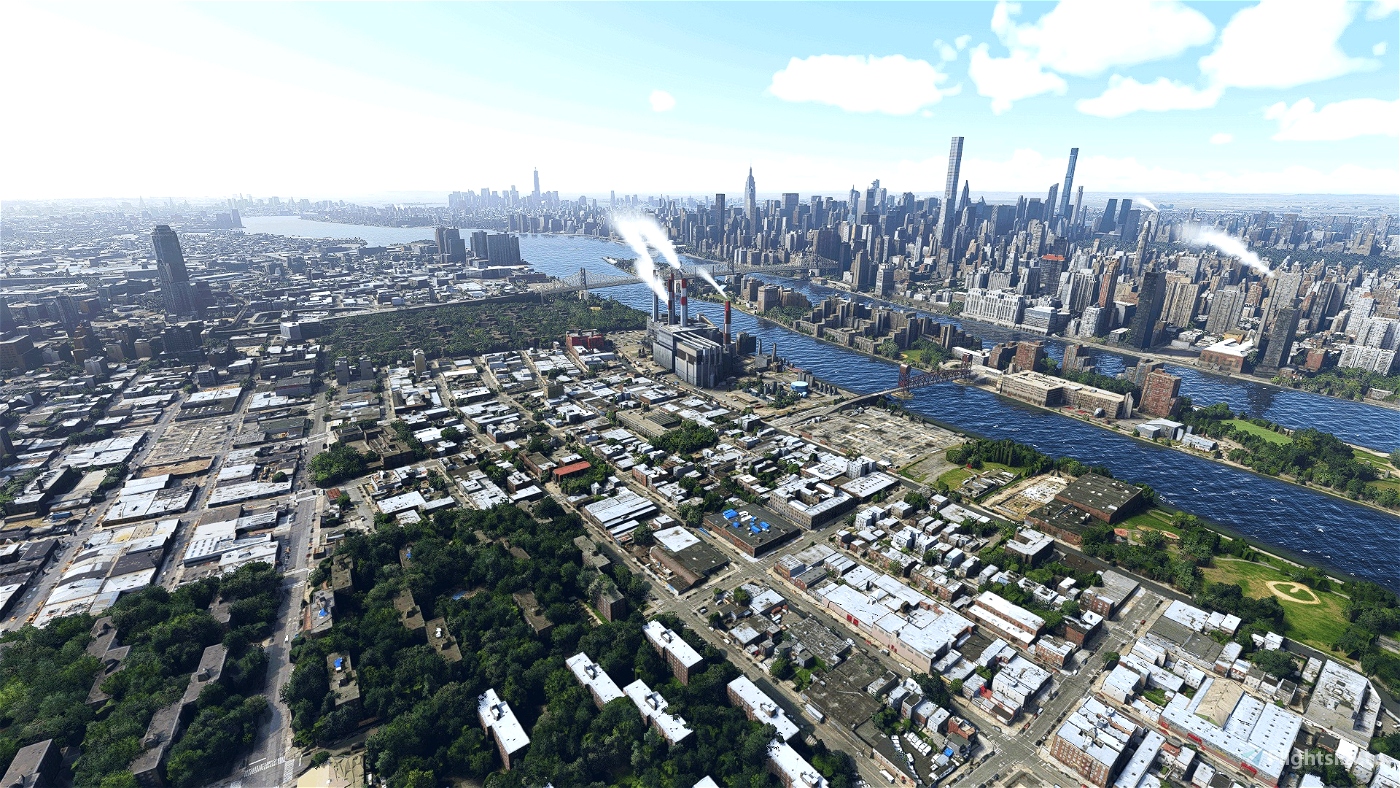 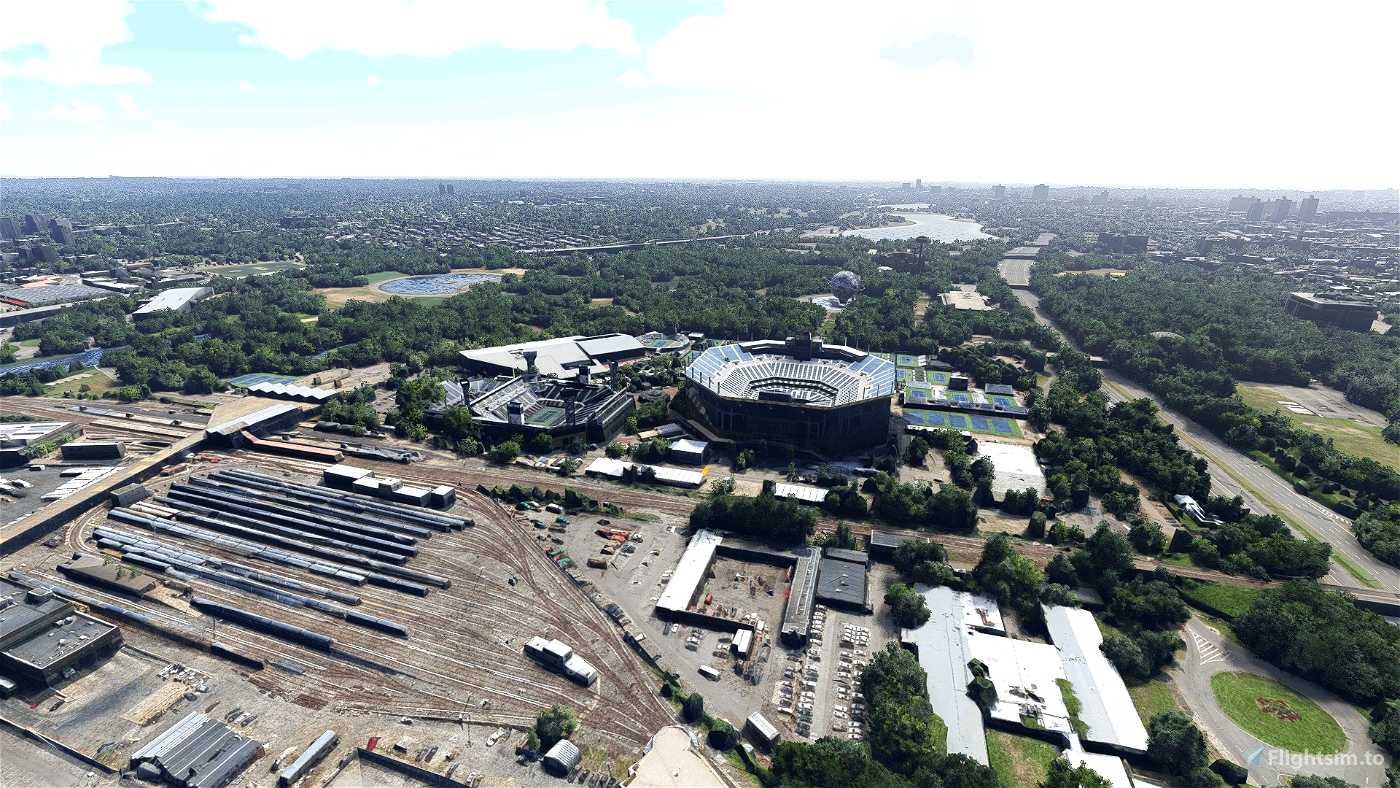 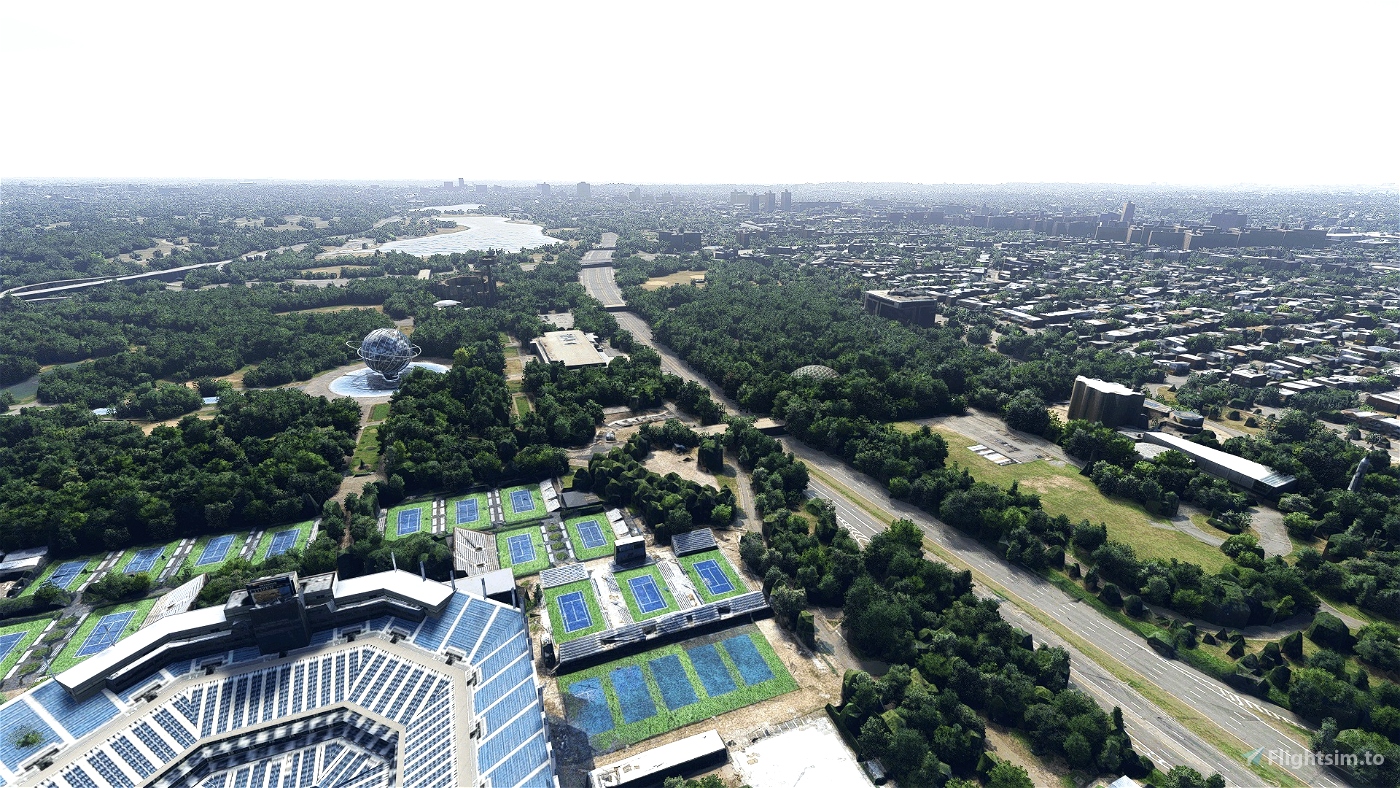 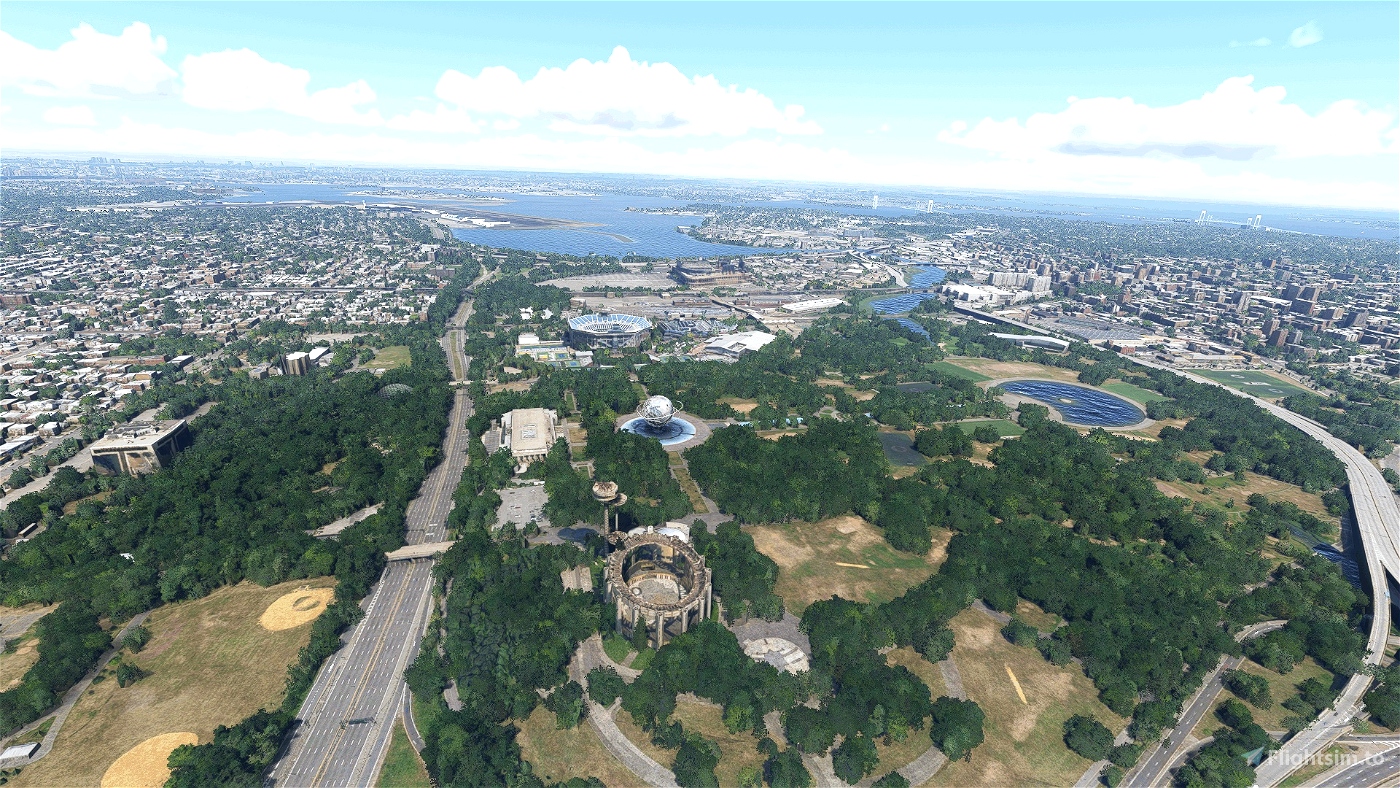 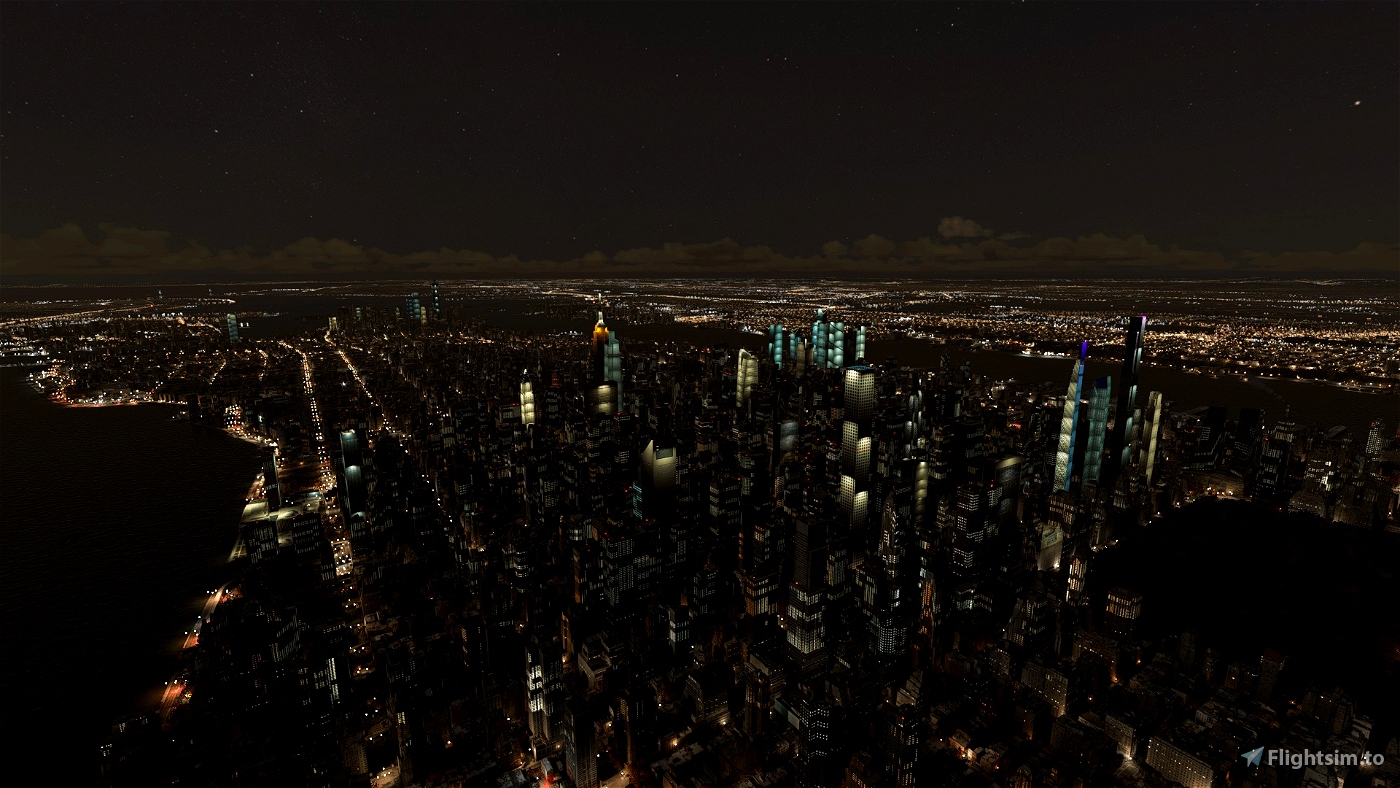 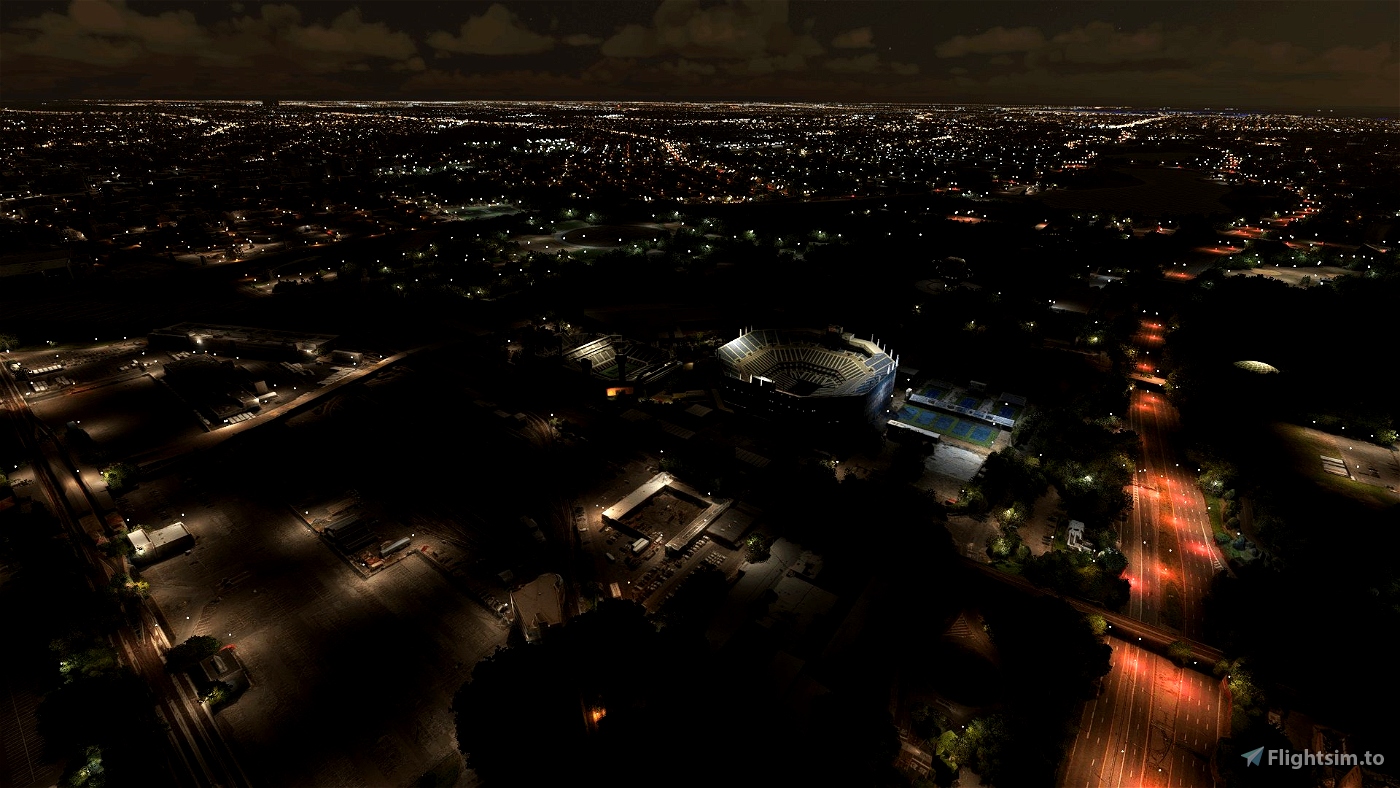 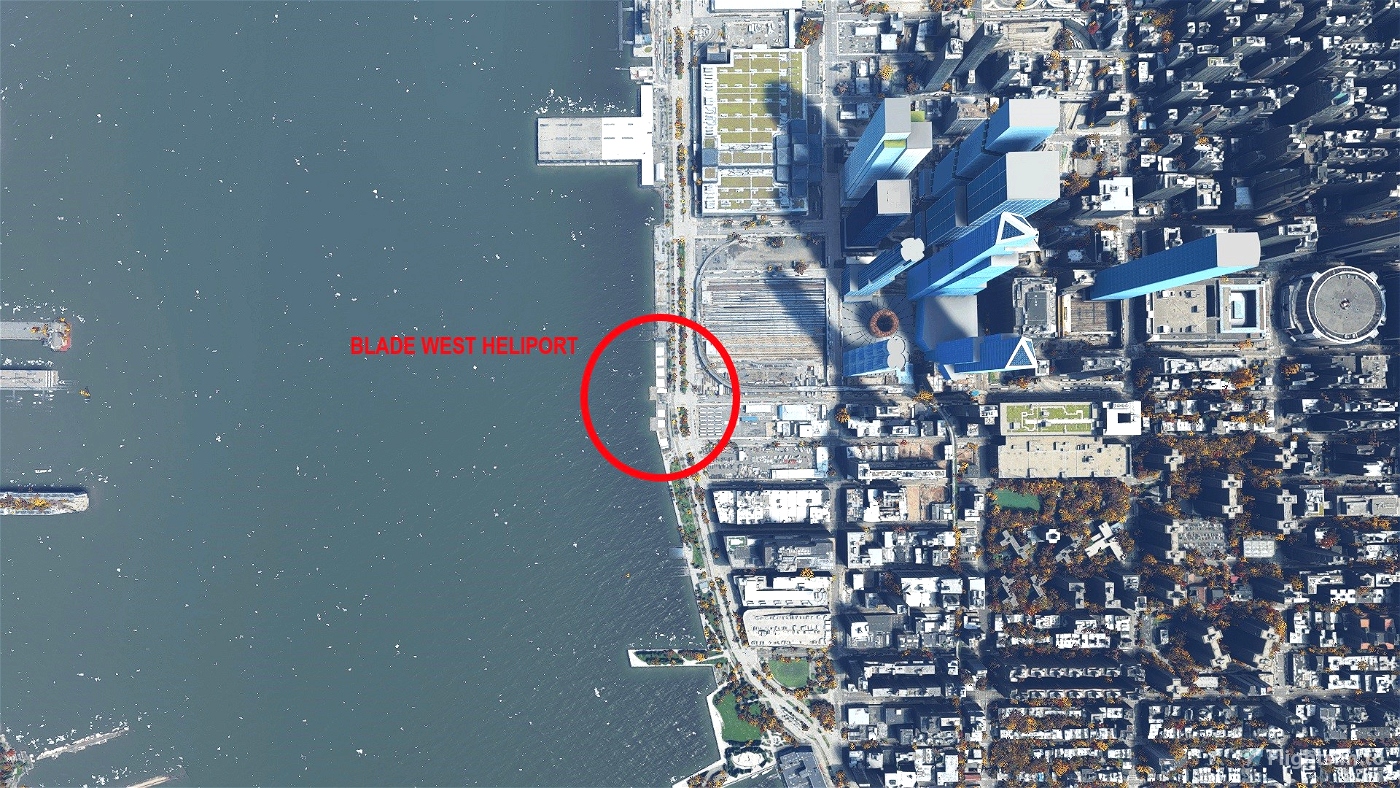 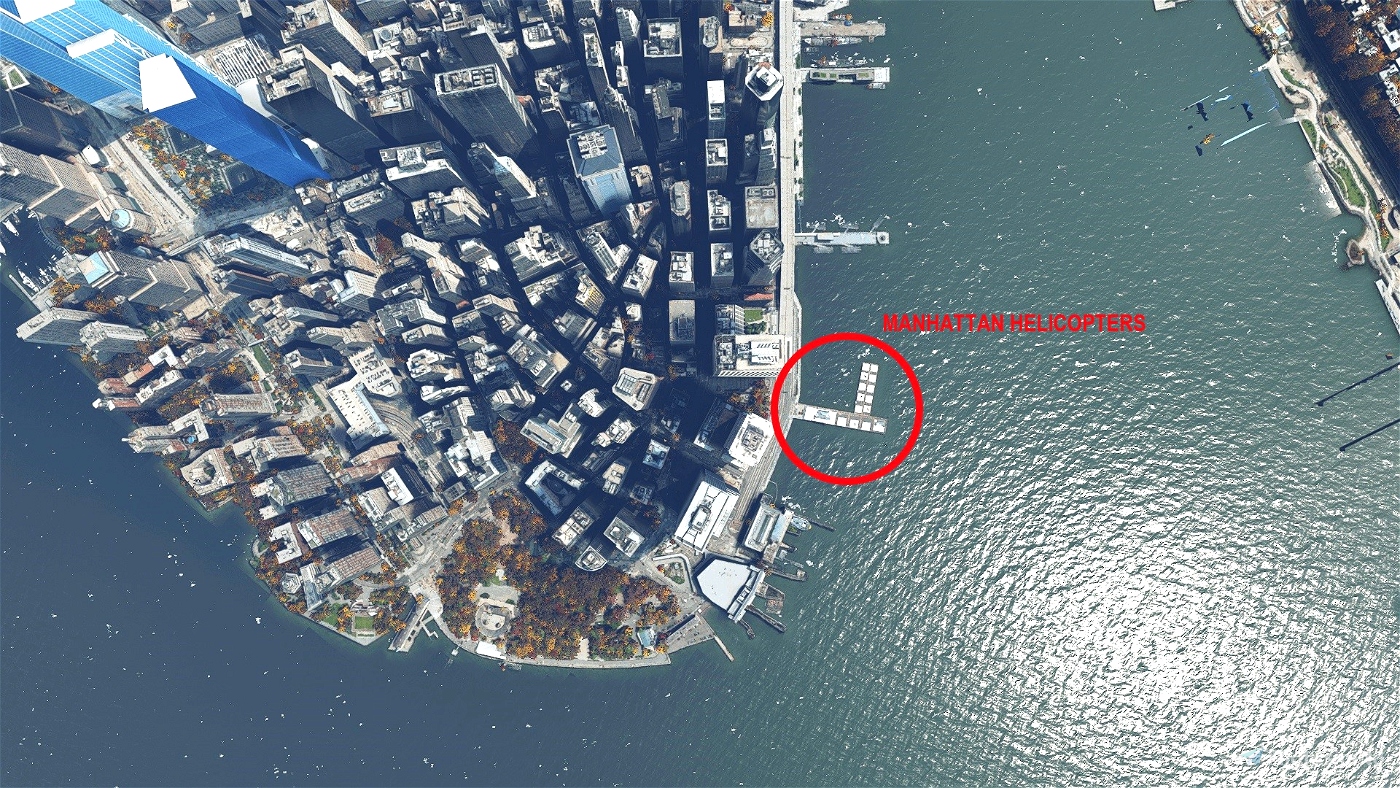 Landmarks of New York City (Manhattan, Queens and the Bronx)

Welcome to New York, probably the most impressive city in the world. After commemorating the sad events of September 11, 2001, I intended to build this scenario of landmarks for myself, but then decided to share it with the community.

For the sheer number of buildings that exist in this fabulous city, I've only included 48 iconic buildings/landmarks in this collection (original version had 25 models). I know I'm missing too many, but I just wanted to pay tribute to this city and its people and the United States in general, for its strength in those difficult times twenty years ago. In this collection you'll appreciate the newest, tallest and most expensive residential buildings that were constructed in the city in recent years.

I also include some sporting landmarks in Queens and also the Yankee Stadium in the Bronx. You'll find the two main tennis stadiums at the Billy Jean King USTA Complex in Flushing, Queens, the Arthur Ashe and Louis Armstrong stadiums, both just before they were retrofitted with retractable roofs a few years ago. It is the site of the US Open, the fourth of the four major tennis tournaments in the world, which was held recently from August 30 to September 12.

HELIPORTS:
The current MSFS photo-imagery of two of the heliports in Manhattan, the Blade West Heliport and the Manhattan Helicopters facilities (look for the included pictures to know their exact location), have been improved with the addition of buildings, helipads, lights, static helicopters and objects familiar with this type of facilities. Now these heliports can be used for landings and takeoffs from Manhattan. Please understand that they are not actually "airports" and have no parking spots to be selected from the MSFS menus.

Please take a look at the ReadMe file included in the download, as it contains further information regarding Credits, Installation Instructions, Dependencies and other useful recommendations.

Hope everyone downloads and enjoys wonderful New York City as much as I do.

Create a free account now to be able to to keep track of your mods and their latest updates without struggle.
Zależności

The default MSFS photogrammetry for NYC is good, but far from perfect and most importantly, the data used is about three-four years old, so recent residential skycrappers built after 2018 are not shown, or are shown during their construction. The use of 3D models provide better and sharp view of the main buildings in NYC and show the city the way it is nowadays.

Why I cannot select a parking spot at any of the two included heliports?

The two included heliports are not "airports" as such in MSFS, but just an improvement of the default photorealistic scenery in the area, with the addition of helipads, airport lights, windsocks, cones, gas tanks, fences, tarmac workers, buildings and static helicopters. Now you can land (first) and take-off from those heliports and fly around the city.

It would be possible to modify some of the buildings for making them closer to the real ones?

All the 3D models for the buildings and landmarks are free models available at 3D Warehouse/SketchUp (please look at the "Credits" section in the included ReadMe file). It's out of the scope of this development to intent to modify any of these models, nor to build new ones. If someone finds some buildings colors to be too different than the buildings represented by the default photogrammetry, I suggest flying at different hours during the day. Thanks for your understanding

These add-ons may be required or recommended to use.

Hi and many thanks for taking the time to produce these landmarks. I already have your Queens version installed so do I remove that or simply drop this one with it in the community folder?

You should replace any previously existing version and install the current version. Thanks for your comments

Many thanks for the swift response, thank you and stay well.

I would recommend working to retexture the buildings so they blend with the surrounding scenery. As is they stand out with that blue texture like a sore thumb and ruin immersion.

Hello, thanks for your great work !

By the way : Dependencies are now in a higher version than the one listed in your readme (as exemple Totof is now V2) : does it matter ? (as the folder name of these libraries changes with versions : actually

As far as I know, only the most recent versions of these files are the ones that are actually published. Always use the latest versions.

When I download the file, it comes out as a .rar file, therefore, my folder doesn't give me the option of extracting it. Any advice?

The download is a .rar file and should open with WinRAR, better if you use a recent version (mine here and tested Ok, is v5.60). Hope this helps.

some times you can zip the file and when you go to unzip it will format correctly. I hope this helps!

Is this compatible with the SameScene NYC product?

I don't have the samscene3d's product, but it'll probably add duplicated buildings to NYC, so I don't recommend to use both at the same time.

Brilliant addition, makes New York so much better..... Really impressed with this.

Do you fancy doing one for Los Angeles?

This addon is great, is there any chance you're able to offer a version without the New World Trade Center so the Old WTC Mod can be added on top?

That's not possible, as it uses the current area photogrammetry

i downloaded the set of bridges of nyc, do i delete those in order for this to work?

Why?. Those bridges go very well with this scenery, use them!

looks like NY from when we beta tested it..Then it went to crap

LOL !! Then Xbox wanted a version

You've done a brilliant job. I had the SamScene NY scenery but it destroyed my normally high frames. This is perfectly smooth. Love that you've included the heliports too. If possible it'd be great if you could add Colgate-Jersey City Heliport, Lincoln Tunnel Heliport & HHI Heliport. I'd suggest TSS Heliport but the satellite imagery on the wall as you land is both ugly & probably unfixable.

A frame hit is not expected when only 48 models are added. I think the payware version has a lot of buildings (>150+) and that's why in some systems there's a performance hit.

Sorry I am a bit confused, with the extra link to a lighting kit(?) I kept CTD, was it intended to be unzipped to be used alone in the community folder?

All the dependencies should be installed separately in your community folder. After downloading them, follow the respective instructions provided by their developers

Nice work ! Lights seem a bit too bright on the heliports, but could be just me.

The SDK is not right after SU5. I'm updating to v2.10 tomorrow and will check those bright effects and will add windsocks at the two heliports. Thanks for your comment

Awesome. Also regarding the 2 heliports, i noticed some height issues at each, purely graphical, where the skids of the heli (including the addon ones) are sunken a bit into the ground. Thanks again for the great work, cheers !

Yes, you need to delete the previous version, and if you had the Hudson Yards addon, also please uninstall.

Thank you for your return reply. I will keep only your MOD and delete all other MOD which related with NYC.

you might want to re create the lipstick building, 1 police plaza and famous museums near central part. The dime building in brooklyn also.

Taking note for v3.0, but no promises, time is limited

1 month(s) ago
I appreciate the effort, but this is like many mods now, you can no longer land on a building and even fly through every building. Now that we have helicopters we would like to land here and there on a building to enjoy the view, so such mods are absolutely nothing for me anymore. That's what makes exploring Kaputt a lot of fun

Thanks for your comments. Could you pls name the buildings in NYC where you're able to land on with a chopper in the sim?.

I've added two heliports, please look at the description and pics with the maps for both.

Hi Ed, Great Addons for NYC, my home town. Can you redo or add Verrazano Bridge.

Please take a look here, to see if you're lucky:

This author also is selling his NY bridges collection at SimMarket. I can recommend it.

Thanks for your comments!.

Great job! I would rate but flightsim.to says I have not downloaded this one today lol

Anyway I'd love to see two things being improved at some point:

That's it, the rest is just perfect! Thank you 😊

You're right, some buildings tend to look blue-ish. Nothing I can do about, because all come from the 3D models available for free at 3D Warehouse. I'll check periodically to see if new models are available in the near future.

Regarding POIs, I'm not a fan of them, mainly because I feel they kill the immersion.

Thanks for your comments!

Nice job. I felt the colors were too bright so I did a batch desaturation on them and it made it look more realistic. The one thing I noticed is the antennas on some of the buildings are not transparent like on the empire state building. I tried to work with your files but couldn't do it....can you give it a shot?

Please take a look at the FAQ

May be you could share your desaturated files on Flightsim to. Or propose then to the autor of this mod...

Bravo edpatino¡ If you're able to work on landmarks of New York City, then any other city is a piece of cake¡ Thanks so much¡

As the song says: if you make it there, you can make it anywhere…

hey how do you get the smoke on those stacks? I don't have any smoke

I believe they are using "We love VFR region 2" add on.