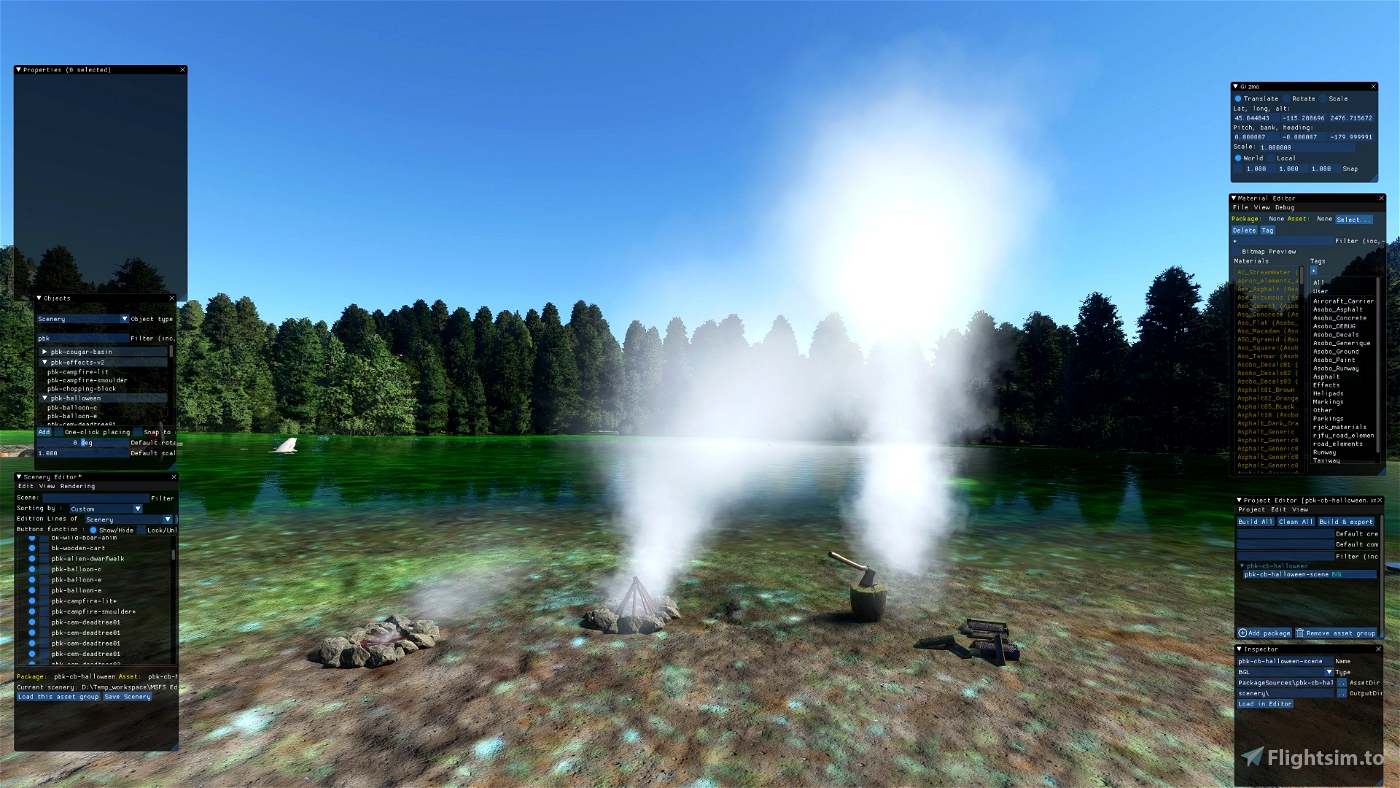 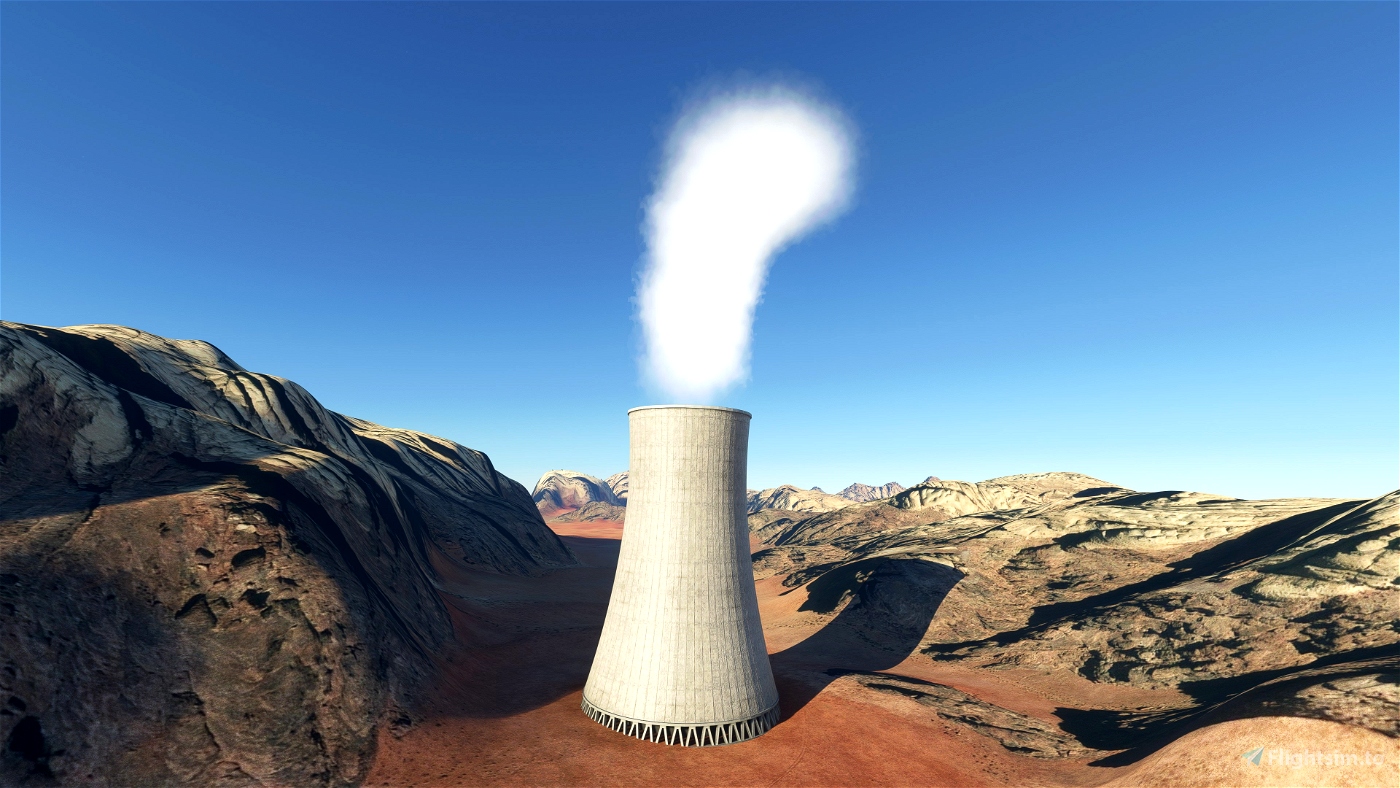 NOTAM: with this release the library now includes pbk_smoke_XXL a smoke effect large enough for any cooling tower. In addition to the effect I've added a cooling tower object (pbk-cooling-tower) to the object library

The PBK Effects Library is released for scenery developers to add a bit more life to their scenery packs.

Initially the pack is small and contains five Smoke effects (small, medium and large, XL and XXL), two camp fires and a chopping block and axe and a cooling tower.

The smoke effects are named:

the scenery objects are

NOTAM: this library pbk-effects-SU6 replaces all existing versions of the library called pbk-effects or pbk_effects that have been included in other scenery packs

Developers: just drop the library into the community folder and the objects will be selectable in the SDK under the scenery or simobjects dropdowns

Users: just drop the library into the community folder and remove old copies of the pbk-effects or pbk_effects libraries

Create a free account now to be able to to keep track of your mods and their latest updates without struggle.

Buy me a coffee 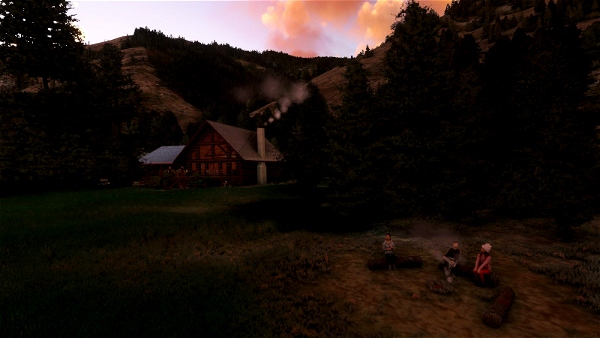 These add-ons may be required or recommended to use.

any tips for me, i've insert the campfire as object in the scenery and add your smoke effect over there. But it doesn't work. What should i do wrong?

Question for you - is it possible to have a day/night cycle switch in the fire and smolder fx? Before fx were available I made my fires with blender and a glow that would turn off at dawn and turn on at dusk. This is not a feature request I am just curious. Of course if you wanted to do something like that..... lol

Thats interesting, I have one scenery that probably has about 60 firepits (campgrounds) i wonder what the framerate hit would be between my simple blender glow vs the fx. Probably better to only use the fx version sparingly I would imagine?

Thank you very much for the update. Splendid project, especially the cooling tower work together with Michel.

already working on increasing the range for the next release

In fact LOD0 only is OK, smoke XXL is not visible from far and can be higher more than x1000 feet as real. Thanks again.

I'll recheck the range when I get a moment. I thought it was set around 10Km but could be wrong. Kev

great addon! smoke has been a bitch to add for two years so hats off lol!

interesting project, I found it here today. It would be splendid if you could realize big white clouds of water for the excellent cooling towers by michelvp. Working cooling towers would be a nice feature for MSFS.

added for the SU7 update

Very good idea, i wait it for cooling tower, thanks.

You' re great, thanks a lot.

Really nice, easy to use, especially for someone who doesn't have much patience with the dev mode in sim.

Any chance you'd consider adding a bunch of much larger steam plumes/smoke plumes (white through to belching black muck) ? I ask as I'm thinking of volcanos. Not mad ash cloud eruptions, just normal venting/steam etc. Would be nice to add them as a scenery to some of the active vents around the world.

I'm thinking of adding a larger xxl cloud for cooling towers which will probably fit nicely.

Good job, thank you. Grabbing that to play with.

Hello. Have you tried to track the time of day, and even more interesting - certain days and months of the year to use the effect?

I haven't yet. When Asobo give us emissive materials for the effects it will probably be worth revisiting them

Yes, I also tried to track at least by temperature, so that the smokes could be done correctly according to the time of year, but somehow I didn't see how ranges could be done, although there are degrees. And through the external code, it's somehow not that.

Hi, why does the smoke falls to the ground?

Have you updated to the latest version of the mod? The previous version was broken by the SU6 update. Kev

I'm seeing a similar effect as well, using the latest version: https://youtu.be/xpYcdJprDO0 the smoke seems to run out for a bit as well

Thank you for the smoke library! But I believe I am among those who can't see the effect if I place it in the Dev Mode.

This is a screen capture:

I also placed the smoke on industrial chimneys but when I compiled the scenery the smoke was not showing in MSFS either. By the way I use Addon Linker.

You've clearly got the library installed correctly because the campfire is there and the simobject for the smoke emitter is also there. The smoke effect should be visible as you drag the simobject around the editor.

Maybe you still have my old libraries installed? pbk_effects or pbk-effects? I can't think of anything else that would prevent them from working

Hello, thanks for the reply. In fact this is the first time I download the library. It's very strange and MSFS is crashing as well. I will do more tests and see why. I have the latest SDK installed.

Works great! I was making a campaign for some UH-60 ops and it worked fantastically for "burning buildings"! Many many other uses of this!

hello and thank you very much for your library, I just inserted it in a scenette! it works impeccably on my barbecue! the class the smoke follows the direction of the wind

I'm acting like in the movie, but I only have a dot, no smoke. I will try.

It might be worth closing the sim and deleting the file called contents.xml in the root folder of the sim and letting the sim rebuild it on start up. Sometimes that file gets corrupted or not updated by the sim when you make changes in the community folder. It's worth deleting this file on a regular basis anyway.

Of course, I'm editing scenery. I created a few power stations, tried to add a large smoke. During edittion, I see only a dot representing smoke. After buildding a package, I can see the whole scenery (power station, for example) but still without smoke. I really would like to see the smoke over my powerstation. Please advise! Should I see the smoke already during edition scenery?

I know it sounded like a stupid question but I've already been asked twice why people couldn't see smoke out of EVERY chimney in the world lol. Take a look at this short video I put together walking through the simple process https://youtu.be/Z7sptFJ7BOo

Not work. Smoke doesn't appear. What could be the reason?

are you editing a scenery?