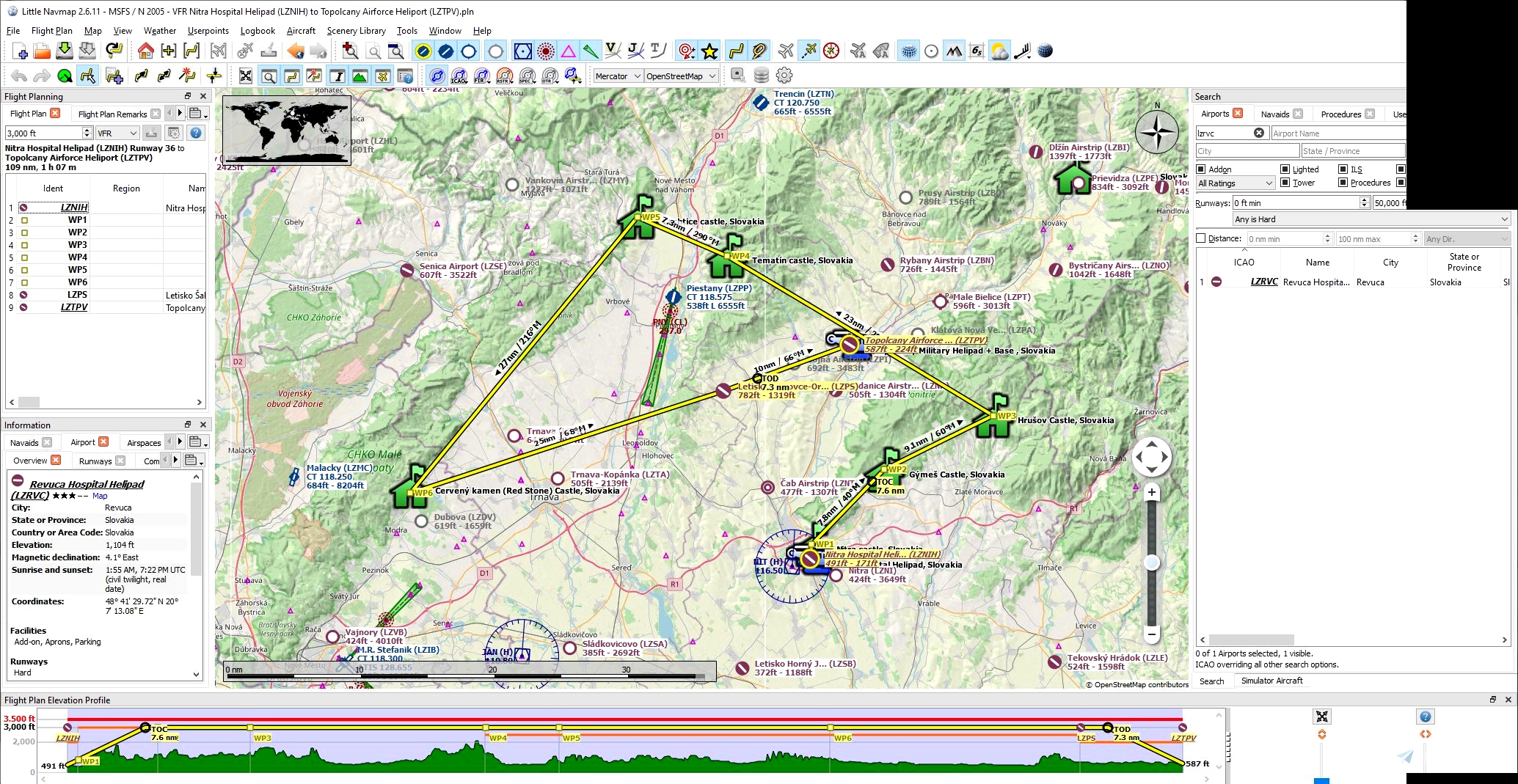 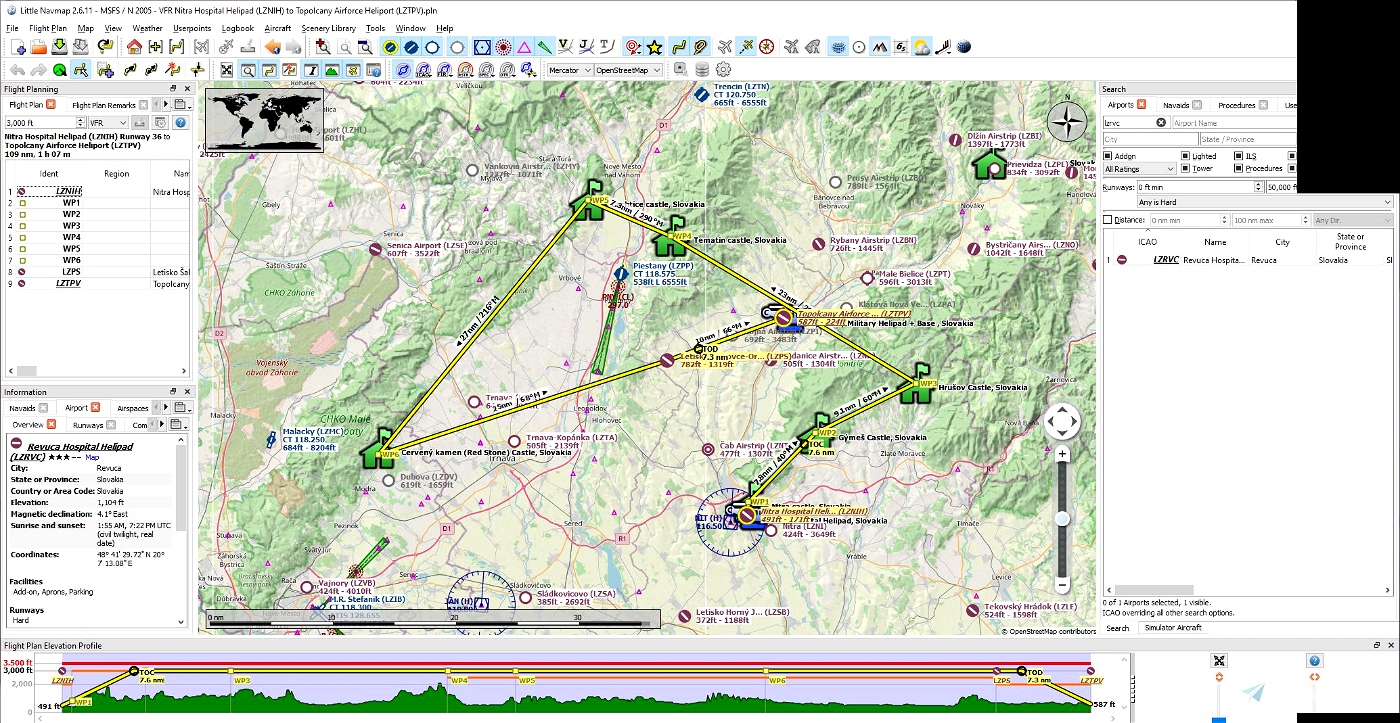 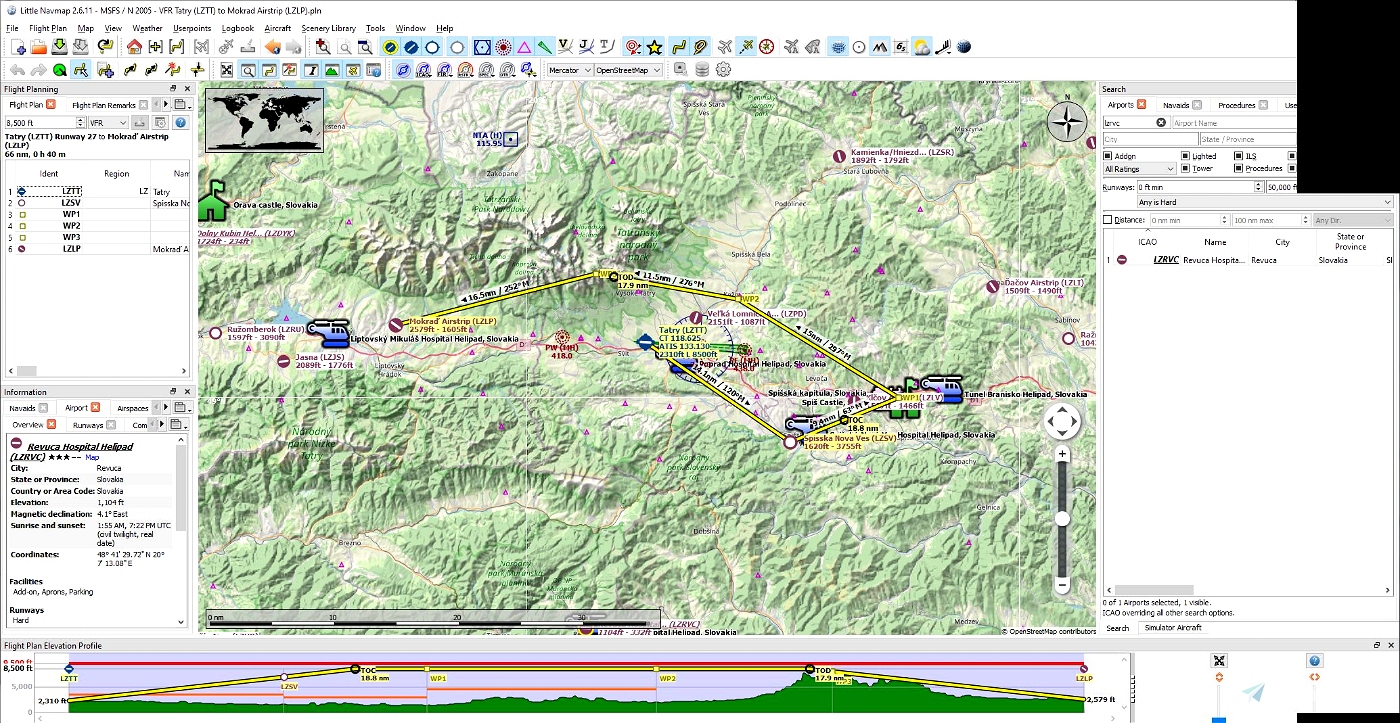 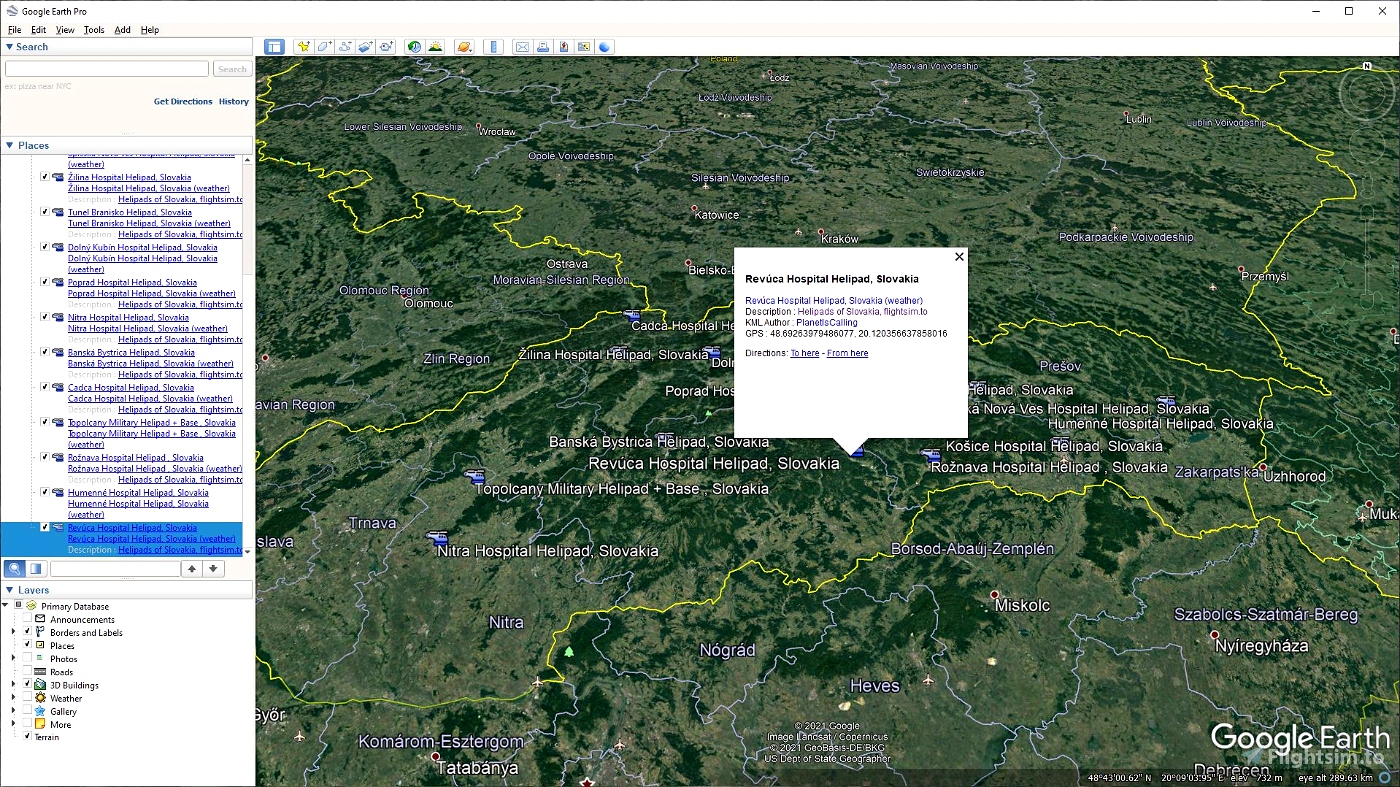 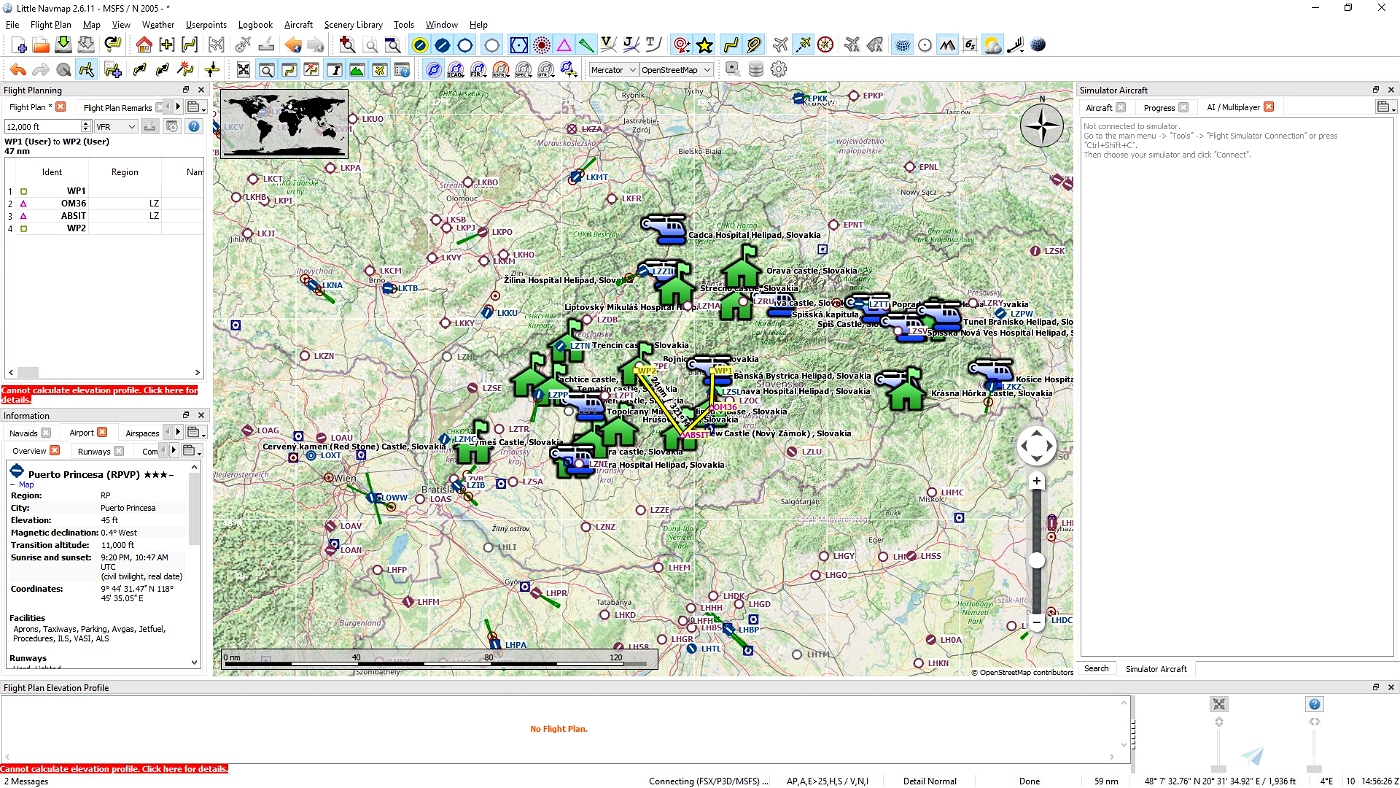 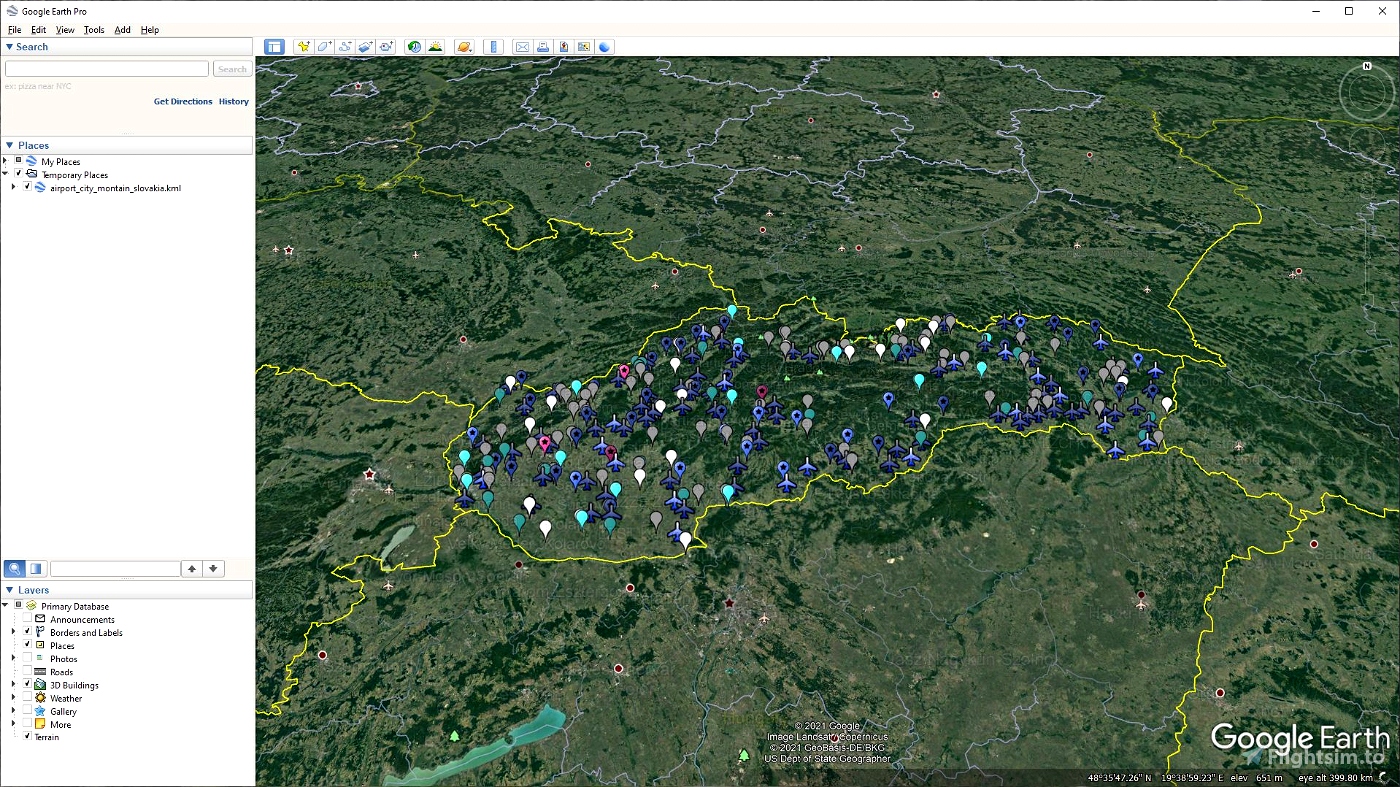 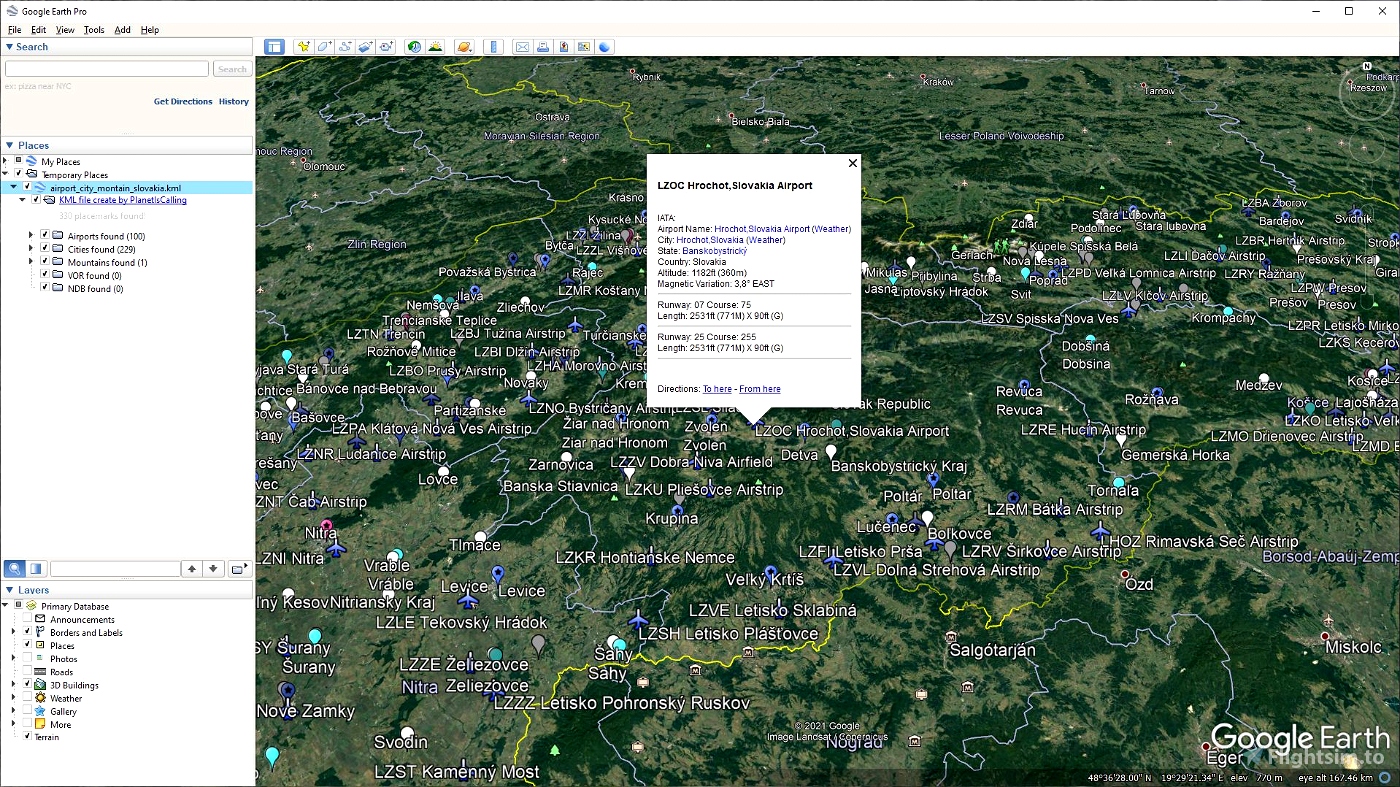 When I saw the amazing work of  borishovorka  for the Castels and  r0ut1n3  for Helipads in Slovakia I couldn't pass up the opportunitiy to create KML files for both to help their users discover this nice country.

Here the files into the zip:

airport_city_montain_slovakia.kml  form pile
In this KML file include all Slovakia airports, some nearest cities and the highest peak of the country.

On couple of pictures I show how to load KML files into LittleNavMap as example to help create flight plans with them.

Put the files where you want except in Community fooder,

No coffee required, just thumb up or let a comment will be appreciate :)

This file is hosted external. If you are the owner of this file, you may request the migration of this file to your account, where you can easily upload, manage and update it. No longer needed ugly, complicated links. The migration process can take up to 24 hours.